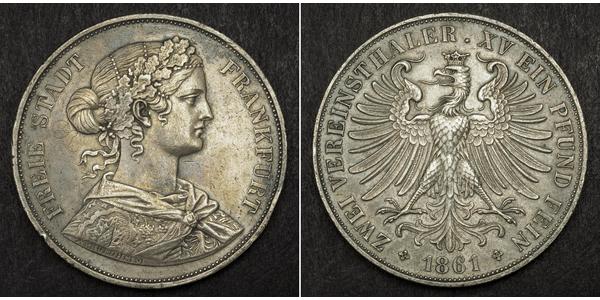 After the ill-fated revolution of 1848, Frankfurt was the seat of the first democratically elected German parliament, the Frankfurt Parliament, which met in the

Frankfurter Paulskirche (St. Paul's Church) and was opened on 18 May 1848. The institution failed in 1849 when the Prussian king declared that he would not accept "a crown from the gutter". In the year of its existence, the assembly developed a common constitution for a unified Germany, with the Prussian king as its monarch.