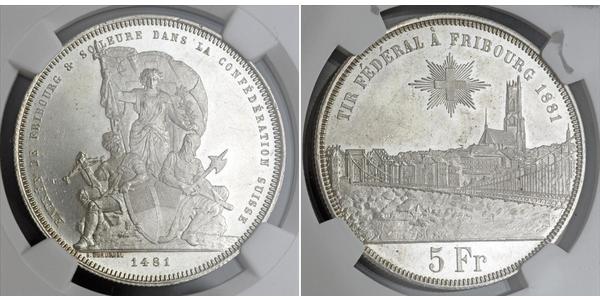 Reverse: Swiss cross within ray of lights above arms of Bern infront of crossed rifles and wreath. Denomination (5 Fr.) below. Legend: TIR FEDERAL A FRIBOURG 1881 ("Federal shoot in Fribourg") - 5 Fr