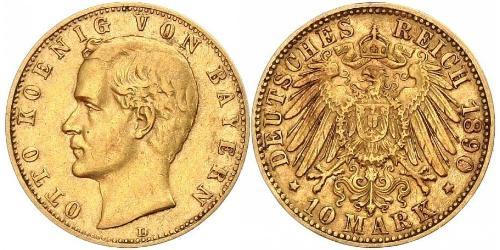 
The Kingdom of Bavaria was a German state that existed from 1806-1918. Elector Maximilian I Joseph of the House of Wittelsbach became the first King of Bavaria in 1806. The monarchy would remain held by the Wittelsbachs until the kingdom’s dissolution in 1918. Most of Bavaria’s modern-day borders were established after 1814 with the Treaty of Paris, in which Bavaria ceded Tyrol and Vorarlberg to the Austrian Empire while receiving Aschaffenburg and parts of Hesse-Darmstadt. As a state within the German Empire, the kingdom was second in size only to the Kingdom of Prussia. Since the unification of Germany in 1871, Bavaria has remained part of Germany to the present day.


Otto (German: Otto Wilhelm Luitpold Adalbert Waldemar von Wittelsbach; 27 April 1848 – 11 October 1916), was King of Bavaria from 1886 to 1913. He was the son of Maximilian II and his wife, Marie of Prussia, and younger brother of Ludwig II. King Otto of Bavaria is not to be confused with King Otto of Greece, who was his uncle and godfather.


Prince Otto served in the Bavarian army from 1863. When King Wilhelm I of Prussia was proclaimed German Emperor on 18 January 1871 at the Palace of Versailles, Prince Otto represented his brother who refused to participate. Otto then criticized the celebration as ostentatious and heartless in a letter to Ludwig.


It is claimed Otto suffered from severe mental illness. He was declared insane in 1875. The cause of his illness has not been revealed. He was kept confined in Fuerstenried Palace under medical supervision from 1875 until his death.


Otto became King of Bavaria upon his older brother’s deposition and unexplained death in 1886. However, Otto never truly ruled as King and was by some accounts not even aware that he had become King. Otto’s uncle, Prince Luitpold, served as Prince Regent for Otto until Luitpold’s death. Luitpold’s son Ludwig then became the next Prince Regent.


The constitution of Bavaria was amended on 4 November 1913, to include a clause specifying that if a regency for reasons of incapacity lasted for ten years with no expectation that the King would ever be able to reign, the Regent could proclaim the end of the regency and assume the crown himself.


The following day, Otto was deposed by his cousin, Prince Regent Ludwig, who then assumed the title Ludwig III. The parliament assented on 6 November, and Ludwig III took the constitutional oath on 8 November. Otto was permitted to retain his title and honours until his death in 1916. In this time Bavaria had “two kings”.


Otto’s remains were interred in the crypt of the Michaelskirche in Munich. Bavarian tradition called for the heart of the king to be placed in a silver urn and sent to the Gnadenkapelle (Chapel of the Miraculous Image) in Altoetting, beside those of his brother, father and grandfather. 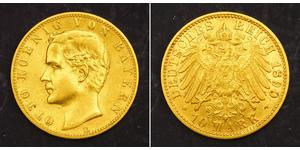 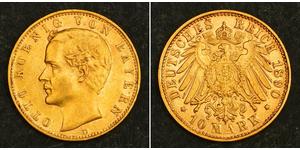 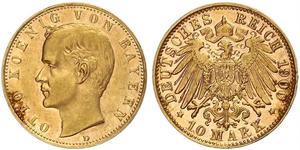 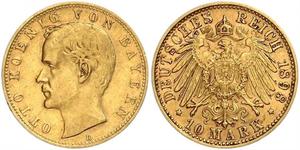 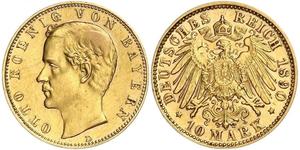 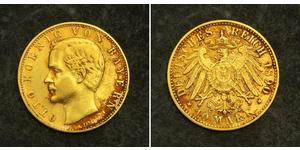 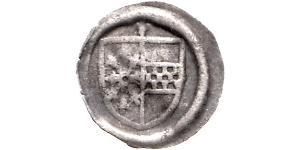 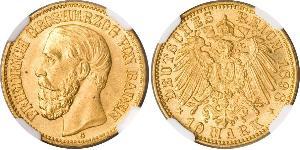 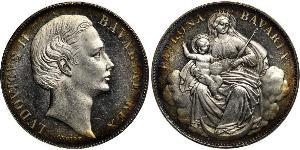 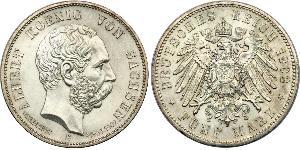 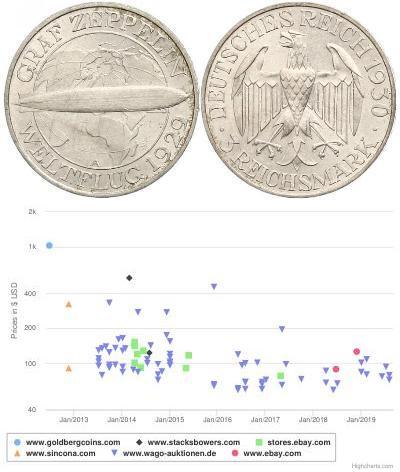