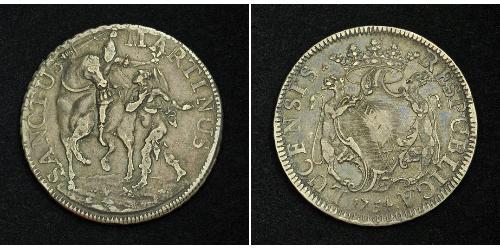 Reverse: Crown above arms of the Republic of Lucca within foliage, supported by mystical creatures.
Comment: Arms with inscription &quot;LIBERTAS&quot;. Baroque face-like in upper part of frame above.
Legend: LUCENSIS RESPUBLICA 1754

The Republic of Lucca was an ancient State of Tuscany which lasted from 1160 to 1805. After the death of Matilda of Tuscany, the city of Lucca began to constitute itself an independent commune, with a charter in 1160. For almost 500 years, Lucca remained an independent republic. There were many minor provinces in the region between southern Liguria and northern Tuscany dominated by the Malaspina; Tuscany in this time was a part of feudal Europe. Dante&Atilde;&cent;&acirc;‚&not;&acirc;„&cent;s Divine Comedy includes many references to the great feudal families who had huge jurisdictions with administrative and judicial rights. Dante spent some of his exile in Lucca. In 1273 and again in 1277 Lucca was ruled by a Guelph capitano del popolo (captain of the people) named Luchetto Gattilusio. In 1314, internal discord allowed Uguccione della Faggiuola of Pisa to make himself lord of Lucca. The Lucchesi expelled him two years later, and handed over the city to another condottiere Castruccio Castracani, under whose rule it became a leading state in central Italy. Lucca rivalled Florence until Castracani’s death in 1328. On 22 and 23 September 1325, in the battle of Altopascio, Castracani defeated Florence’s Guelphs. For this he was nominated by Louis IV the Bavarian to become duke of Lucca. Castracani’s tomb is in the church of San Francesco. His biography is Machiavelli’s third famous book on political rule. In 1408, Lucca hosted the convocation intended to end the schism in the papacy. Occupied by the troops of Louis of Bavaria, the city was sold to a rich Genoese, Gherardino Spinola, then seized by John, king of Bohemia. Pawned to the Rossi of Parma, by them it was ceded to Martino della Scala of Verona, sold to the Florentines, surrendered to the Pisans, and then nominally liberated by the emperor Charles IV and governed by his vicar. Lucca managed, at first as a democracy, and after 1628 as an oligarchy, to maintain its independence alongside of Venice and Genoa, and painted the word Libertas on its banner until the French Revolution in 1789. Lucca was the third largest Italian city state (after Venice and Genoa) with a republican constitution (&quot;comune&quot;) to remain independent over the centuries. 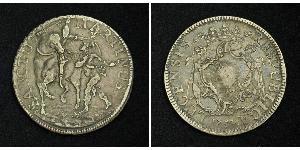 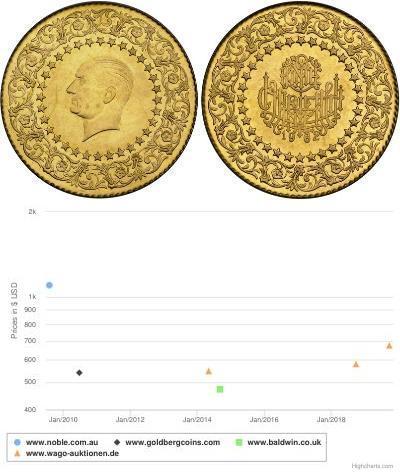 soeyarzar
myanmar coin for sale
view
You may be interested in ...
Market