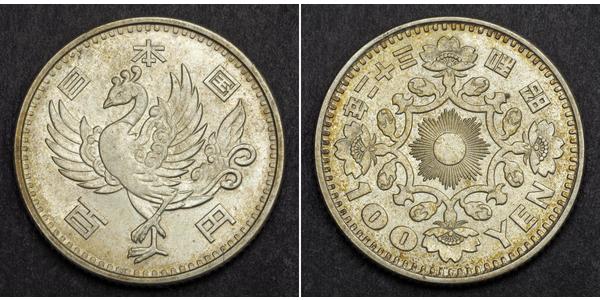 Hirohito(裕仁, 29 April 1901 – 7 January 1989) was the 124th Emperor of Japan according to the traditional order of succession. He reigned as the Emperor of the Empire of Japan (大日本帝國) from 25 December 1926 until 2 May 1947 and of the state of Japan (日本国) from 3 May 1947 until his death on 7 January 1989. He was succeeded by his fifth child and the eldest son, Akihito. Emperor Showa and his wife Empress Kojun had seven children, two sons and five daughters. In Japan, reigning emperors are known simply as "the Emperor" and he is now referred to primarily by his posthumous name, Shōwa (昭和), which is the name of the era coinciding with his reign; for this reason, he is also known as the Shōwa Emperor or Emperor Shōwa.

At the start of his reign, Japan was already one of the great powers—the ninth-largest economy in the world, the third-largest naval power, and one of the four permanent members of the council of the League of Nations. He was the head of state under the Constitution of the Empire of Japan during Japan's imperial expansion, militarization, and involvement in World War II. After Japan's surrender, he was not prosecuted for war crimes as many other leading government figures were, and his degree of involvement in wartime decisions remains controversial. During the post-war period, he became the symbol of the new state under the post-war constitution and Japan's recovery, and by the end of his reign, Japan had emerged as the world's second largest economy.