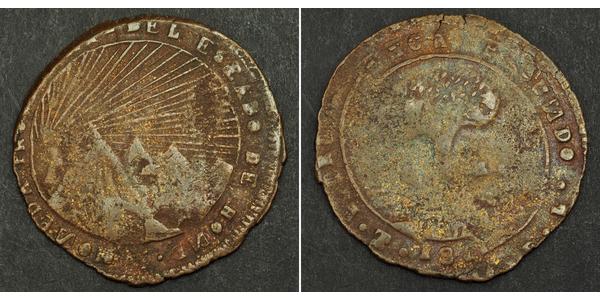 Honduras gained independence from Spain in 1821 and was a part of the First Mexican Empire until 1823, when it became part of the United Provinces of Central America. It has been an independent republic and has held regular elections since 1838. In the 1840s and 1850s Honduras participated in several failed attempts at Central American unity, such as the Confederation of Central America (1842–1845), the covenant of Guatemala (1842), the Diet of Sonsonate (1846), the Diet of Nacaome (1847) and National Representation in Central America (1849–1852). Although Honduras eventually adopted the name Republic of Honduras, the unionist ideal never waned, and Honduras was one of the Central American countries that pushed the hardest for a policy of regional unity.

The Federal Republic of Central America, also known as the United Central Provinces of America, was a short-lived American state in Central America, which consisted of the territories of the former Captaincy General of Guatemala. An experiment in republican democracy, it existed from July 1823 to 1840. It was intended to be a federal republic modeled after the United States of America. The coat of arms on the nation's flag from 1823–1824 referred to the federation (in Spanish) as Provincias Unidas del Centro de América ("United Provinces of the Center of America"); however, its 1824 constitution, coat of arms, and flag called it República Federal de Centroamérica / Centro América ("Federal Republic of Cental America"). It is also sometimes incorrectly referred to in English as the United States of Central America. The concept flag was introduced to the area by Commodore Louis-Michel Aury inspired in the Argentine flag. Commodore Aury established the first independent republic in Old Providence Island (Isla de Providencia) in 1818, off the coast of Nicaragua.

The republic consisted of the states of Guatemala (which initially included a large part of what is now the Mexican state of Chiapas), El Salvador, Honduras, Nicaragua, and Costa Rica. In the 1830s, an additional sixth state was added – Los Altos, with its capital in Quetzaltenango – occupying parts of what are now the western highlands of Guatemala  and Chiapas. Although the new nation was now independent of Spain, it had been annexed by Mexico.  The annexation was the focus of disagreement, some seeing the Mexican  constitution with its abolition of slavery and establishment of free  trade as an improvement over the status quo. During the period of  1838–1840, the federation engaged in civil war by Conservatives fighting against the Liberals. Without a sustained  struggle for independence to cement a sense of national identity, the  various political frictions were unable to overcome their ideological  differences and the federation dissolved after a series of bloody  conflicts.