Though he was not declared incapacitated, a regent's council (Archduke Luis, Count Kolowrat and Prince Metternich) steered the government. His marriage to Princess Maria Anna of Sardinia (1803-1884) was probably never consummated, nor is he believed to have had any other liaisons. He is famous for his one coherent command: when his cook told him he could not have apricot dumplings because they were out of season, he said: Ã¢â‚¬Å“I'm the Emperor, and I want dumplings!" 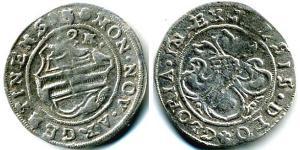