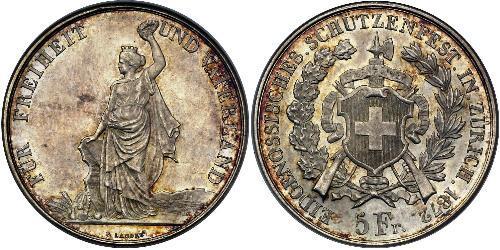 Obverse: Helvetia holding wreath aloft in one hand and Shield&nbsp; &nbsp;in the other. Symbols of&nbsp; &nbsp;industry and prosperity below. Legend: FÜR FREIHEIT UND VATERLAND Translated: "For freedom and the fatherland." Reverse: Shield of Switzerland over crossed rifles with a wrap around banner, all within and oak and olive wreath with value below. Banner Inscription: ALLE FÜR EINEN – EINER FÜR ALLE ("All for one, one for all!") Legend: EIDGENÖSSISCHES SCHÜTZENFEST IN ZÜRICH 1872 – 5 Fr. Translated: "Federal shooting festival in Zürich 1872 – 5 Francs"

The canton of Zürich consists of lands acquired by the capital Zürich after it became reichsfrei in 1218, especially after the revolution of the guilds in 1336. Zürich&nbsp; joined the Swiss Confederacy in 1351. The lower part of the canton was&nbsp; added to the territories of Zürich in 1362. Zürich claimed and lost the&nbsp; Toggenburg in the Old Zürich War of the 1440s. The northern parts up to&nbsp; the river Rhine came to the canton after the city of Zürich purchased&nbsp; Winterthur from the Habsburgs in 1468. Possessions to the west gained&nbsp; independence from Zürich as parts of the Canton of Aargau in 1803. The&nbsp; people approved a new constitution for the canton in February 2005,&nbsp; replacing the 1869 constitution. The new constitution took effect in&nbsp; January 2006. 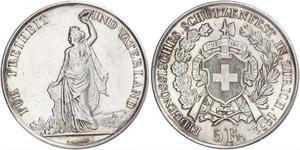 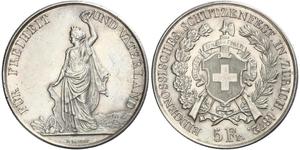 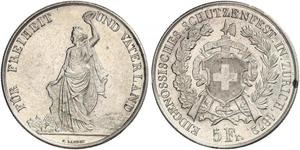 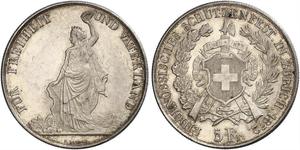 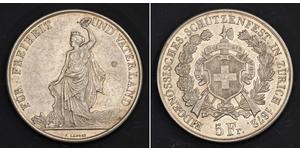 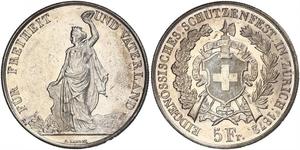 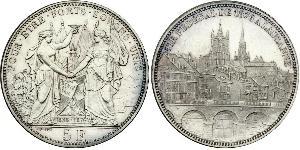 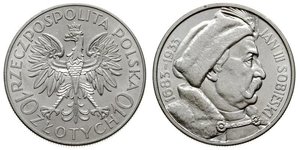 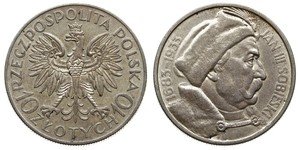 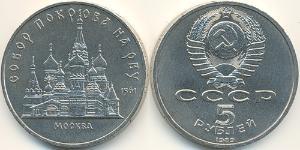 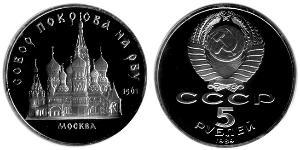