Reverse: Heraldic lion left.
Legend: CONFIDENS . DNO . NON . MOVETVR . I647 :
Translated: "Relying on God I shall not be Confounded" 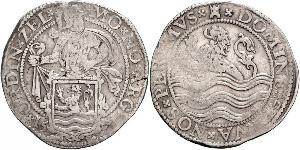 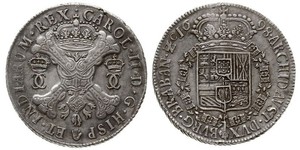