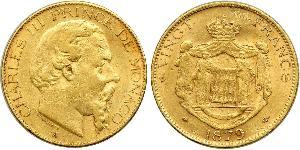 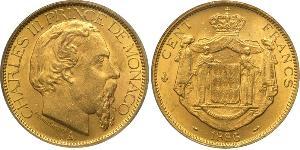 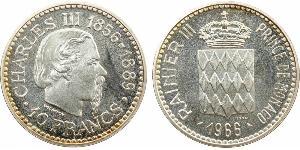 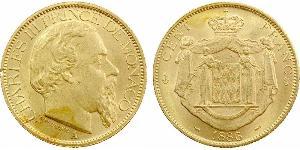 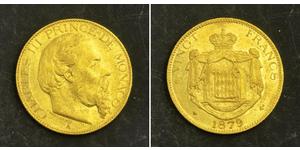 Charles III Prince of Monaco (1818-1889)from the WikipediaRead original article
From Wikipedia, the free encyclopedia
Jump to: navigation, search

Charles III (8 December 1818 – 10 September 1889) was Prince of Monaco and Duke of Valentinois from 20 June 1856 to his death. He was the founder of the famous casino in Monte Carlo, as his title in Monegasque and Italian was Carlo III.[1]

He was born in Paris Charles Honoré Grimaldi, the only son of Florestan I of Monaco and Maria Caroline Gibert de Lametz.

Charles was married on 28 September 1846 in Brussels to Countess Antoinette de Mérode-Westerloo. He was succeeded by his son Albert I of Monaco. During his reign, the towns of Menton and Roquebrune, constituting some 80 percent of Monegasque territory, were formally ceded to France, paving the way for formal French recognition of Monaco's independence.

Under Charles III, the Principality of Monaco increased its diplomatic activities; for example, in 1864, Charles III concluded a Treaty of Friendship with the Bey of Tunis, Muhammad III as-Sadiq, which also regulated trade and maritime issues.

He was the 182nd Grand Cross of the Order of the Tower and Sword.

Monte Carlo is named after Charles III. It stands for the "Mount Charles" in Italian.

In his middle years his sight greatly weakened, and by the last decade of his life he had become almost totally blind. He died at Château de Marchais.