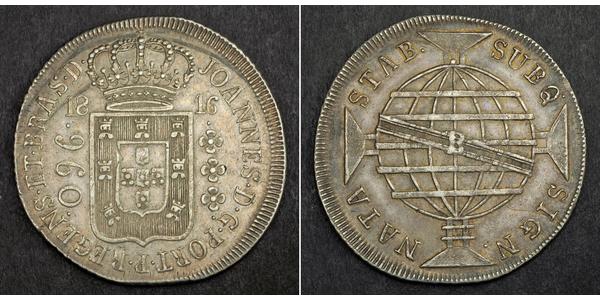 Reverse: Round globe over cross of Jerusalem (cross of the Order of Christ). Mint initial (R) on diagonal band of globe. Legend (motto): . SIGN . NATA STAB . SUBQ . Expanded: SUBQ(uo) SIGN(o) NATA STAB" (it) Tranlsated: "For this sign you shall stand"