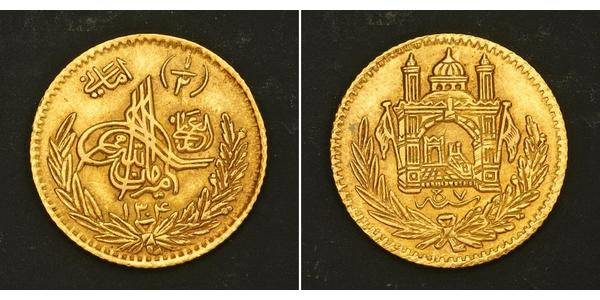 Obverse: Tughra (state seal) above date (SH 1304). Honorific title to right, value (½) above. All within wreath.

Amanullah Khan (Pashto: أمان الله خان, Dari: أمان الله خان, June 1892 – 25 April 1960) was the Sovereign of the Kingdom of Afghanistan from 1919 to 1929, first as Emir and after 1926 as Malik (King). He led Afghanistan to independence over its foreign affairs from the United Kingdom,   and his rule was marked by dramatic political and social change. He was   the first Afghan ruler who attempted to modernize Afghanistan on   Western designs. However, he did not succeed in this because of a   popular uprising by Habibullah Kalakani and his followers. On 14 January 1929, Amanullah abdicated and fled to neighbouring British India while Afghanistan fell into a civil war. From British India he went to Europe where he died in Zürich, Switzerland, in 1960. 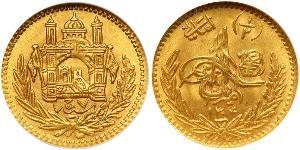 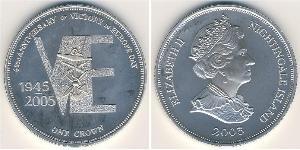 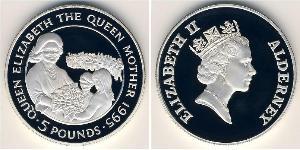