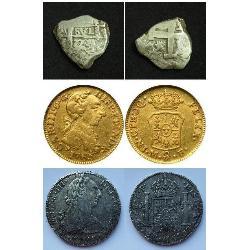 Under Charles' reign (1759 – 1788), Spain began to be recognized as a nation rather than a collection of kingdoms and territories with a common sovereign. His efforts resulted in creation of a National Anthem, a flag, and a capital city worthy of the name, and the construction of a network of coherent roads converging on Madrid. On 3 September 1770 Charles III declared that the Marcha Real was to be used in official ceremonies. It was Charles who chose the colors of the present flag of Spain; red and yellow. The flag of the military navy was introduced by the king on 28 May 1785. Until then, Spanish vessels sported the white flag of the Bourbons with the arms of the sovereign. This was replaced by Charles due to his concern that it looked too similar to the flags of other nations.
16pièces 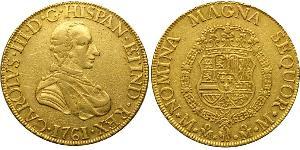 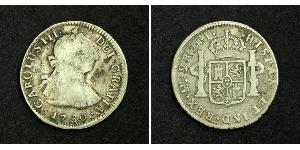 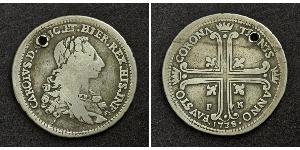 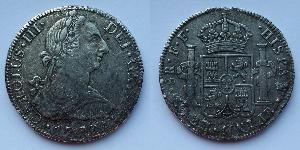 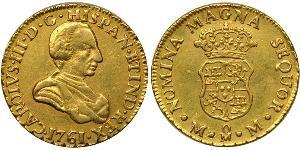 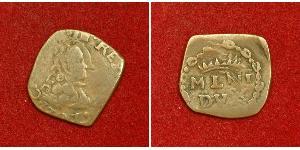 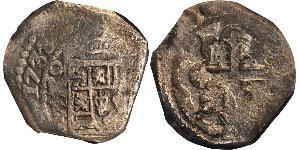 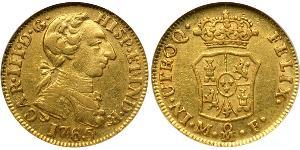 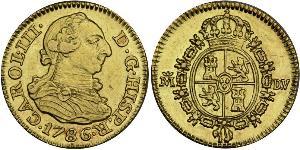 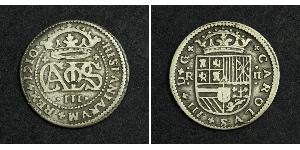 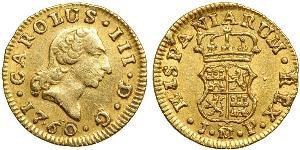 spa1 » Spanish cob coins (1572-1773) (21 pièces)
As additional silver deposits were discovered in the colonial territories there was a pressing demand to export it to Spain as quickly as possible. To do this, starting in the reign of Philip II, the mints produced irregular coinage called cob ...
Create virtual collection!