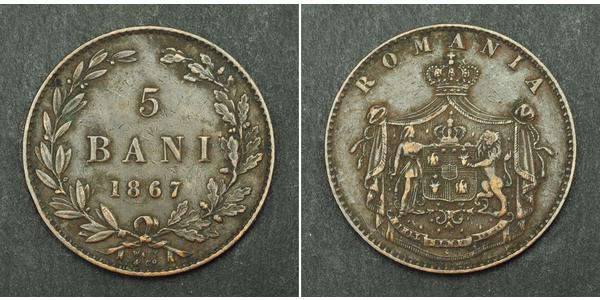 Reverse: Crowned coat-of-arms of the Kingdom of Romania. Legend: ROMANIA