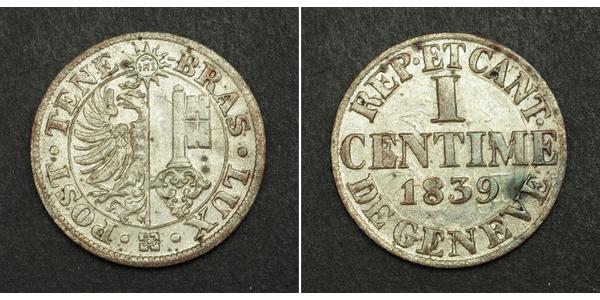 In the Latin-speaking Christianity of medieval Western Europe (and so among Catholics and many Protestants today), the most common Christogram is "IHS" or "IHC", denoting the first three letters of the Greek name of Jesus, iota-eta-sigma, or ??S. The Greek letter iota is represented by I, and the eta by H, while the Greek letter sigma is either in its lunate form, represented by C, or its final form, represented by S. Because the Latin-alphabet letters I and J were not systematically distinguished until the 17th century, "JHS" and "JHC" are equivalent to "IHS" and "IHC".

From the beginning the bishopric of Geneva was a suffragan of the archbishopric of Vienne. The bishops of Geneva had the status of prince of the Holy Roman Empire since 1154, but had to maintain a long struggle for their independence against the guardians (advocati) of the see, the counts of Geneva and later the counts of the House of Savoy. In 1290 the latter obtained the right of installing the vice-dominus of the diocese, the title of Vidame of Geneva was granted to the counts of the House of Candia under count François de Candie of Chambery-Le-Vieux  a Chatellaine of the Savoy, this official exercised minor jurisdiction  in the town in the bishop's. In 1387 Bishop Adhémar Fabry granted the  town its great charter, the basis of its communal self-government,  which every bishop on his accession was expected to confirm. When the  line of the counts of Geneva became extinct in 1394, and the House of  Savoy came into possession of their territory, assuming after 1416 the  title of Duke, the new dynasty sought by every means to bring the city  of Geneva under their power, particularly by elevating members of their  own family to the episcopal see. The city protected itself by union  with the Swiss Federation (German: Eidgenossenschaft), uniting itself in 1526 with Berne and Fribourg.

The Protestant Reformation affected Geneva. While Bern favoured the introduction of the new teaching and demanded liberty of preaching for the Reformers Guillaume Farel and Antoine Froment, Catholic Fribourg renounced in 1511 its allegiance with Geneva. In 1532 the Roman  Catholic bishop of the city was obliged to leave his residence, never  to return. In 1536, the Genevans declared themselves Protestant and  proclaimed their city a republic. The Protestant leader John Calvin was based in Geneva from 1536 to his death in 1564 (save for an exile  from 1538 to 1541) and became the spiritual leader of the city. Geneva  became a centre of Protestant activity, producing works such as the Genevan Psalter,  though there were often tensions between Calvin and the city's civil  authorities. Though the city proper remained a Protestant stronghold  under St. Francis de Sales, a large part of the historic diocese returned to Catholicism in the early seventeenth century.

During the French Revolution (1789-1799), aristocratic and democratic factions contended for control of Geneva. In 1798, however, France, then under the Directory, annexed Geneva and its surrounding territory.

In 1802 the diocese was united with that of Chambéry. At the Congress of Vienna of 1814-15, the territory of Geneva was extended to cover 15 Savoyard  and six French parishes, with more than 16,000 Catholics; at the same  time it was admitted to the Swiss Confederation.