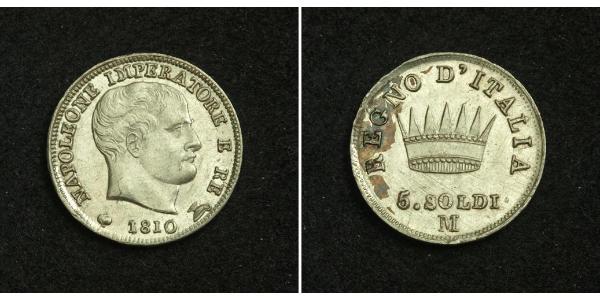 Reverse: Crown of the Kingdom of Italy, surrounded by legend. Value and mint mark below.
Legend: REGON D´ITALIA / 5. SOLDI / M 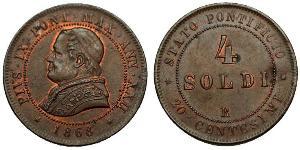 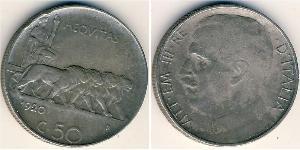