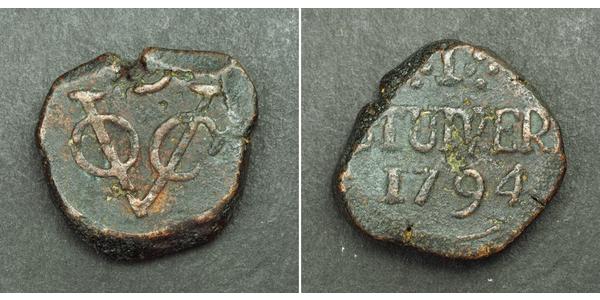 Reverse: Roman value numeral (*I*) above denomination (STUIVER) and date (1794).