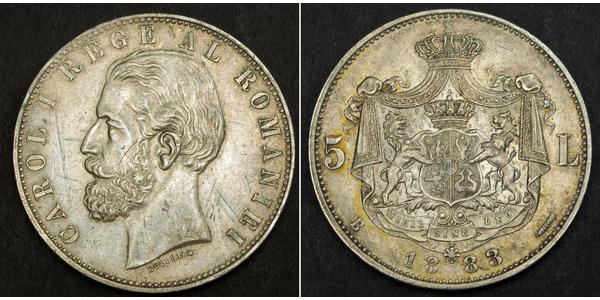 Reverse: Crowned coat-of-arms of the Kingdom of Romania. Value (5) to left, denomination (L) to right. Date below. Legend: B 1883 (corn ear)