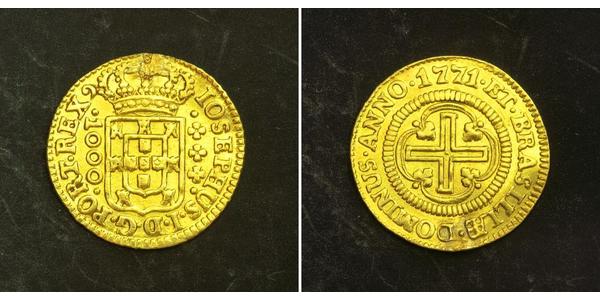 Reverse: Cross of Jerusalem within quadrilobe. All within circle of squares.
Legend: ET . BRASILIAE . DOMINVS . ANNO . 1774

Joseph was born at the Palace of Ajuda near Lisbon. He was named after his grand father who was the ruling King of Portugal at the time of his birth. His grandfather created him Prince of Beira, this being the first time when the title was given to a male.

He was the heir apparent of his mother Maria, the then Princess of Brazil and proclaimed heiress of the crown. His birth was greeted with much joy due to his gender.

At the time of his birth, his parents were the Prince and Princess of Brazil, his mother the Heir apparent of the king. His maternal grand mother was Mariana Victoria of Spain, eldest daughter of Philip V of Spain and his second wife Elisabeth Farnese and thus an Infanta of Spain She had also been engaged to Louis XV of France from the age of 3 till she was 9. His paternal grandparents were John V of Portugal and his Austrian wife, Maria Anna of Austria. Maria Anna was an aunt of the famous Maria Theresa of Austria.

On February 21, 1777, when he was 15 years old, he married his 30-year-old aunt the Infanta Benedita of Portugal. Benedita was an attractive women and the main candidate for the wife of José. The marriage was the express wish of the king Joseph.

They had no children. Three days after their wedding, José's grandfather and Benedita's father the old king Joseph died, and his mother succeeded as queen regnant. Infante José became the new crown prince, being accorded the titles Prince of Brazil and 16th Duke of Braganza.

Joseph died at the age of 27 of smallpox. Upon Joseph's death, his younger brother Infante John became heir to the throne and thus the new Prince of Brazil. Joseph died on the Barraca real (Royal Barge) in Lisbon. His mother and wife were very badly effected by his death. His wife would be known as the "Dowager Princess of Brazil" till her death in 1829.

Joseph is buried in the national pantheon at the Monastery of São Vicente de Fora in Lisbon.

Only 1$ shipping for each additional coin purcheased! 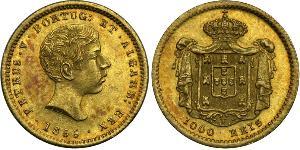 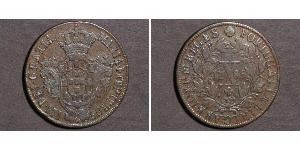 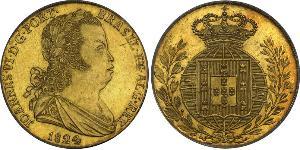