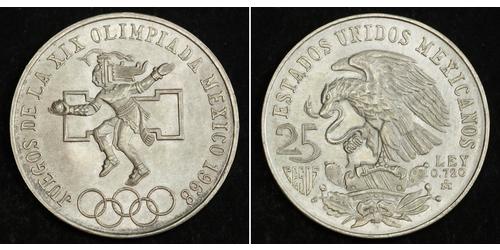 Reverse: An eagle with a snake in its beak, standing on cactus plant. Silver purity, denomination, date and weight in fields. Legend:  . ESTADOS UNIDOS MEXICANOS