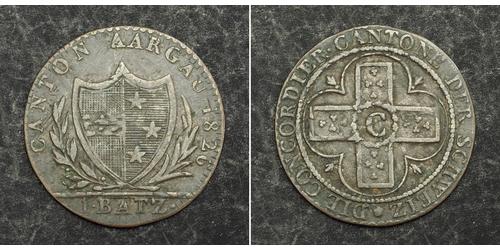 Aargau (rarely anglicized Argovia) is one of the more northerly cantons of Switzerland. It comprises the lower course of the river Aare, which is why the canton is called Aar-gau (meaning Aare district).

In early medieval times, Argovia or Argowe was a disputed border region between the duchies of Alamannia and Burgundy. A line of the von Wetterau (Conradines) intermittently held the countship of Aargau from 750 until about 1030, when they lost it (having in the meantime taken the name von Tegerfelden). From the extinction in 1254 of the Hohenstaufen dynasty until 1415, the area was ruled by the Habsburgs, and many castles from that time still stand (examples include Habsburg, Lenzburg, Tegerfelden, Bobikon, Stin and Wildegg). The Habsburgs founded a number of monasteries (with some structures enduring, e.g., in Wettingen and Muri), the closing of which by the government in 1841 was a contributing factor to the outbreak of the Swiss civil war – the "Sonderbund War" – in 1847.

In 1415, the Aargau was taken from the Habsburgs by the Swiss Confederates. Bern kept the southwest portion (Zofingen, Aarburg, Aarau, Lenzburg, and Brugg). Some districts, named the Freie Ämter (free bailiwicks) – Mellingen, Muri, Villmergen, and Bremgarten), with the countship of Baden – were governed as "subject lands" by all or some of the Confederates.

French forces occupied Aargau from 10 March to 18 April 1798; thereafter the Bernese portion became the canton of Aargau in the Helvetic Republic and the remainder formed the Canton of Baden. In 1803, the two halves were united under the name of canton of Aargau, which was then admitted as a full member of the reconstituted Confederation. Fricktal, ceded in 1802 by Austria via Napoleonic France to the Helvetic Republic, was briefly a separate Swiss canton under a Statthalter ('Lieutenant'), but on 9 March 1803 was incorporated in the canton of Aargau.