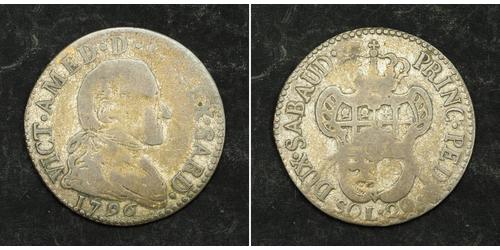 Kingdom of Sardinia,   also known as Piedmont-Sardinia or Sardinia-Piedmont, was the name   given to the possessions of the House of Savoy in 1723 (or in 1720   according to the international law), when the crown of Sardinia was   awarded by the Treaty of The Hague to King Victor Amadeus II of Savoy to   compensate him for the loss of the crown of Sicily to Austria,   retaining in that way the title of king. Besides Sardinia, the new   kingdom included Savoy, Piedmont, and Nice; Liguria, including Genoa,   was added by the Congress of Vienna in 1815. Officially, the nation's   name became Kingdom of Sardinia, Cyprus and Jerusalem, the House of   Savoy maintaining a national claim to the thrones of Cyprus and   Jerusalem, but both had long been under Ottoman rule. During most of the   18th and 19th centuries, the political and economic capital of the   kingdom was Turin in Piedmont on the Italian mainland. In 1860, Nice and   Savoy were ceded   to France as a price paid for French consensus and   help to unify Italy. In 1861, the Kingdom of Sardinia became the   founding state of the new Kingdom of Italy, annexing all other Italian   states. The Kingdom so continued in perfect legal   continuity with the   actual Italian state, to which it transferred all   its institutions.

Victor Amadeus III (Vittorio Amadeo Maria; 26 June 1726 – 16 October 1796) was King of   Sardinia from 1773 until his death. Although he was politically   conservative, he   carried out numerous administrative reforms until   declaring war on   revolutionary France in 1792. He was the father of   the last three mainline Kings of Sardinia.