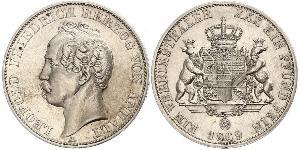 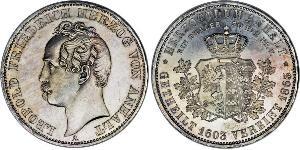 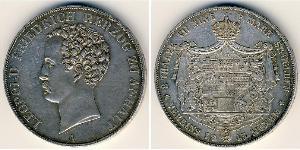 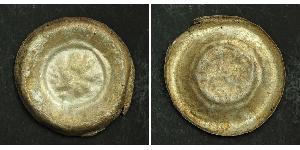 Following the premature death of his father in 1814, he became heir to the duchy of Anhalt-Dessau.[1]

Following the death of his grandfather Leopold III he succeeded as duke on 9 August 1817.[1]

The Duke's Administrative Officer and close friend was Christian Raster, a German statesman.

During the revolutions of 1848 he was forced to grant a constitution to Dessau on 29 October 1848. It was revoked, however, on 4 November 1849, then replaced with a new version in October 1859.[citation needed]

On 27 November 1847 he inherited the Duchy of Anhalt-Köthen from his distant cousin Duke Henry. As a result of a treaty concluded with Anhalt-Bernburg in May 1853 his duchies were joined together and named Anhalt-Dessau-Köthen, because the eventual inheritance of Leopold over all the Anhalt duchies seemed inevitable.[1] The death of another distant cousin, Duke Alexander Karl, on 19 August 1863 resulted in the ruling line of the duchy of Anhalt-Bernburg becoming extinct, thus Leopold inherited that duchy as well.[1] On 30 August he assumed the title "duke of Anhalt."[1]

In Berlin on 18 April 1818 Leopold married Frederica Wilhelmina of Prussia (b. Berlin, 30 September 1796 - d. Dessau, 1 January 1850), daughter of Prince Frederick Louis Charles of Prussia (brother of King Frederick William III of Prussia) by his wife Frederica of Mecklenburg-Strelitz; through her mother's last marriage, she was a half-sister of King George V of Hanover.[1] They had been engaged since 17 May 1816, as the connection had already been arranged by the Prussian court. This dynastic connection was an expression of Leopold's pro-Prussian policies.

This article incorporates information from the German Wikipedia.