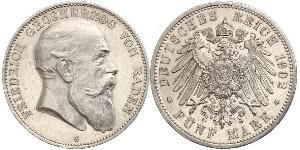 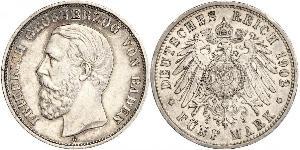 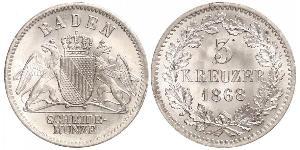 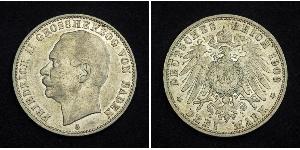 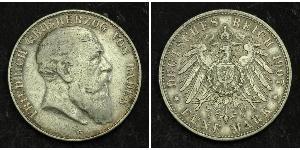 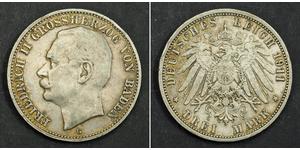 Frederick I, Grand Duke of Baden (1826 - 1907)from the WikipediaRead original article
From Wikipedia, the free encyclopedia
Jump to: navigation, search

He became the heir presumptive to the Grand Duchy upon the death of his father in 1852[1] and the accession of his brother as Grand Duke Louis II. Due to his brother's mental ill-health, he was Regent ad interim of Baden in 1852–1855, and took the title of Grand Duke in 1856. His brother, Louis II, died in 1858. He was considered a relatively liberal supporter of a constitutional monarchy. During his reign the option of civil marriages was introduced in Baden as well as direct elections to the Lower House of the Parliament of Baden in 1904.[2]

In 1856, he married Princess Louise of Prussia, daughter of (then the crown prince) Wilhelm I and his wife, Augusta of Saxe-Weimar.[2] The couple had three children.

The Grand Duke had a pivotal role in the history of the Zionist Movement. In 1896 the Grand Duke met Theodor Herzl (the founder of political Zionism) via the their mutual acquaintance the reverend William Hechler, and helped Herzl in obtaining an audience with his nephew, the German Emperor. After some persuasion on the part of the Grand Duke, the Emperor had finally accepted the appeal for an audience and it took place in Palestine in the 28 October 1898, while the Kaiser was in his pilgrimage trip to Palestine.

Frederick I was present at the proclamation of the German Empire at Versailles in 1871,[2] as he was the only son-in-law of the Emperor and one of the reigning sovereigns of Germany. He died at his summer residence at the island of Mainau in southern Germany on 28 September 1907. Today, Mainau is owned by the Lennart Bernadotte-Stiftung (the Lennart Bernadotte Foundation), created by Frederick's great-grandson Count Lennart Bernadotte, (1909–2004).