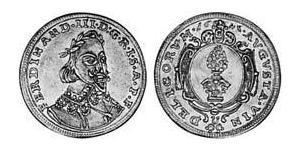 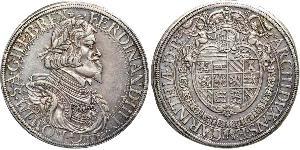 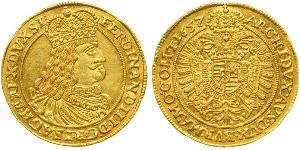 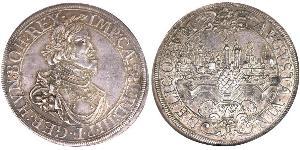 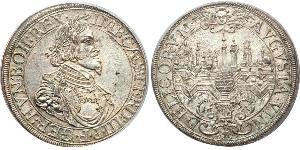 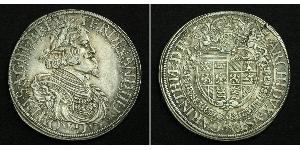 Ferdinand was born in Graz, the eldest son of Emperor Ferdinand II of Habsburg and his first wife, Maria Anna of Bavaria. Educated by the Jesuits, he became King of Hungary in 1625, King of Bohemia in 1627 and Archduke of Austria in 1621.

In 1627 Ferdinand enhanced his authority and set an important legal and military precedent by issuing a Revised Land Ordinance that deprived the Bohemian estates of their right to raise soldiers, reserving this power solely for the monarch.[2]

Following the death of Wallenstein (who had previously denied him the overall military command of the Catholic side) in 1634, he was made titular head of the Imperial Army in the Thirty Years' War, and later that year joined with his cousin, the Cardinal-Infante Ferdinand, being nominally responsible of the capture of Donauwörth and Regensburg, and of defeat of the Swedes at the Battle of Nördlingen. Leader of the peace party at court, he helped negotiate the Peace of Prague with the Protestant states, especially Saxony in 1635.

Having been elected King of the Romans in 1636, he succeeded his father as Holy Roman Emperor in 1637. He hoped to be able to make peace soon with France and Sweden, but the war dragged on for another 11 years, finally coming to an end with the Peace of Westphalia (Treaty of Münster with France, Treaty of Osnabrück with Sweden) in 1648, both negotiated by his envoy Maximilian von und zu Trauttmansdorff, a diplomat who had been made a count in 1623 by his father Ferdinand II.

During the last period of the war, in 1644 Ferdinand III gave to all rulers of German states the right to conduct their own foreign policy (ius belli ac pacis). This way the emperor was trying to gain more allies in the negotiations with France and Sweden. This very edict contributed to the gradual erosion of the imperial authority in the Holy Roman Empire.

After 1648 the emperor was engaged in carrying out the terms of the treaty and ridding Germany of the foreign soldiery. In 1656 he sent an army into Italy to assist Spain in her struggle with France, and he had just concluded an alliance with Poland to check the aggressions of Charles X of Sweden when he died on 2 April 1657.

On 20 February 1631 Ferdinand III married his first wife Archduchess Maria Anna of Spain (1606–1646). She was the youngest daughter of Philip III of Spain and Margaret of Austria. They were first cousins as Maria Anna's mother was a sister of Ferdinand's father. They were parents to six children:

In 1651, Ferdinand III married Eleonora Gonzaga (1630–1686). She was a daughter of Charles IV Gonzaga, Duke of Rethel. They were parents to four children:

Ferdinand III was a well-known patron of music and a composer. He studied music under Giovanni Valentini, who bequeathed his musical works to him, and had close ties with Johann Jakob Froberger, one of the most important keyboard composers of the 17th century. Froberger lamented the emperor's death and dedicated to him one of his most celebrated works, Lamentation faite sur la mort très douloureuse de Sa Majesté Impériale, Ferdinand le troisième; a tombeau for Ferdinand III's death was composed by the renowned violinist Johann Heinrich Schmelzer. Some of Ferdinand's own compositions survive in manuscripts: masses, motets, hymns and other sacred music, as well as a few secular pieces. His Drama musicum was praised by Athanasius Kircher, and the extant works, although clearly influenced by Valentini, show a composer with an individual style and a solid technique.[3]

Recordings of Ferdinand's compositions include: