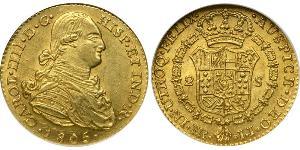 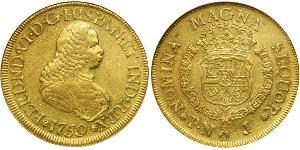 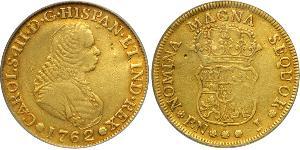 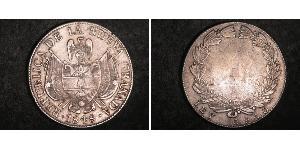 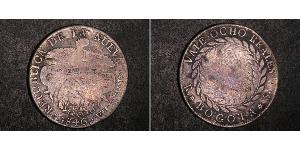 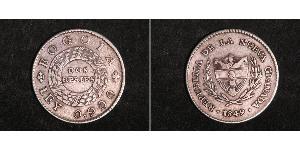 The Viceroyalty of New Granada (Spanish: Virreinato de la Nueva Granada) was the name given on 27 May 1717,[1] to the jurisdiction of the Spanish Empire in northern South America, corresponding mainly to modern Colombia, Ecuador, Panama, and Venezuela. The territory corresponding to Panama was incorporated later in 1739. In addition to these core areas, the territory of the Viceroyalty of New Granada included Guyana, southwestern Suriname, parts of northwestern Brazil, northern Peru, Costa Rica and Nicaragua.

Nearly two centuries after the establishment of the New Kingdom of Granada in the 16th century, whose governor was dependent upon the Viceroy of Peru at Lima, and an audiencia at Santa Fé de Bogotá (today capital of the republic of Colombia), the slowness of communications between the two capitals led to the creation of an independent Viceroyalty of New Granada in 1717 (and its reestablishment in 1739 after a short interruption). Other provinces corresponding to modern Ecuador, the eastern and southern parts of today's Venezuela,[2] and Panama came together in a political unit under the jurisdiction of Bogotá, confirming that city as one of the principal administrative centers of the Spanish possessions in the New World, along with Lima and Mexico City. Sporadic attempts at reform were directed at increasing efficiency and centralizing authority, but control from Spain was never very effective.

The rough and diverse geography of northern South America and the limited range of proper roads made travel and communications within the viceroyalty difficult. The establishment of an autonomous Captaincy General in Caracas in 1777 and the preservation of the older Audiencia of Quito, nominally subject to the Viceroy but for most purposes independent, was a response to the necessities of effectively governing the peripheral regions. Some analysts also consider that these measures reflected a degree of local traditions that eventually contributed to the differing political and national differences among these territories once they became independent in the nineteenth century and which the unifying efforts of Simón Bolívar could not overcome. The Wayuu had never been subjugated by the Spanish. The two groups were in a more or less permanent state of war. There had been rebellions in 1701 (when they destroyed a Capuchin mission), 1727 (when more than 2,000 Wayuus attacked the Spanish), 1741, 1757, 1761 and 1768. In 1718, Governor Soto de Herrera called them "barbarians, horse thieves, worthy of death, without God, without law and without a king". Of all the Indians in the territory of Colombia, the Wayuu were unique in having learned the use of firearms and horses.[3]

In 1769 the Spanish took 22 Wayuus captive, in order to put them to work building the fortifications of Cartagena. The reaction of the Wayuus was unexpected. On 2 May 1769, at El Rincón, near Riohacha, they set their village afire, burning the church and two Spaniards who had taken refuge in it. They also captured the priest. The Spanish immediately dispatched an expedition from El Rincón to capture the Wayuus. At the head of this force was José Antonio de Sierra, a mestizo who had also headed the party that had taken the 22 Guajiro captives. The Guajiros recognized him and forced his party to take refuge in the house of the curate, which they then set afire. Sierra and eight of his men were killed.[3]

This success was soon known in other Guajiro areas, and more men joined the revolt. According to Messía, at the peak there were 20,000 Wayuus under arms. Many had firearms acquired from English and Dutch smugglers, sometimes even from the Spanish. This enabled the rebels to take nearly all the settlements of the region, which they burned. According to the authorities, more than 100 Spaniards were killed and many others taken prisoner. Many cattle were also taken by the rebels. The Spaniards took refuge in Riohacha and sent urgent messages to Maracaibo, Valledupar, Santa Marta and Cartagena, the latter responding by sending 100 troops. The rebels themselves were not unified. Sierra's relatives among the Indians took up arms against the rebels to avenge his death. A battle between the two groups of Wayuus was fought at La Soledad. That and the arrival of the Spanish reinforcements caused the rebellion to fade away, but not before the Guajiro had regained much territory.[3]

The territories of the viceroyalty gained full de facto independence from Spain between 1819 and 1822 after a series of military and political struggles, uniting in a republic now known as Gran Colombia.

When Ecuador and Venezuela seceded from Gran Colombia, a "Republic of New Granada", with its capital at Bogotá, lasted from 1831 to 1856. The name "Colombia" reappeared in the "United States of Colombia", the new name for the country introduced by a liberal government after a civil war. The use of the term "New Granada" survived in conservative circles, such as among ecclesiastics.