William II (German Wilhelm II) (25 February 1848 in Stuttgart – 2 October 1921 in Bebenhausen) was the fourth King of W&uuml;rttemberg, from 6 October 1891 until the abolition of the kingdom on 30 November 1918. He was the son of Prince Frederick of W&uuml;rttemberg (1808–1870) and his wife Princess Catherine of W&uuml;rttemberg (1821–1898), daughter of King William I of W&uuml;rttemberg (1781–1864). Upon the death of his childless uncle, King Charles I (1823–1891), he succeeded as King of W&uuml;rttemberg. Despite living in a landlocked kingdom, William II was a ship enthusiast. He had a vision of a German Fleet reaching deep into the country through its rivers. The king was instrumental in the establishment of the W&uuml;rttembergischer Yacht Club (formerly &quot;K&ouml;niglich W&uuml;rttembergischer Yacht-Club&quot; or Royal Yacht Club of W&uuml;rttemberg) in 1911 on Lake Constance. King William became a Generalfeldmarschall during World War I. In 1918, he was deposed from the throne along with the other German rulers. Considered to be a popular monarch, he was bitter to find he received less support than he had anticipated. He had the habit of walking his two dogs in public parks in Stuttgart without bodyguards or the like, being greeted by his subjects with a simple Herr K&ouml;nig (&quot;Mister King&quot;). Under his reign, the family Weizs&auml;cker rose to prominence. With William II’s death in 1921 without male issue, the senior branch of the House of W&uuml;rttemberg became extinct. The ducal branch became the new dynastic-branch of the House; thus, the Kingship was extinguished and the headship of the house devolved to a dukedom, specifically onto Albrecht, Duke of W&uuml;rttemberg. 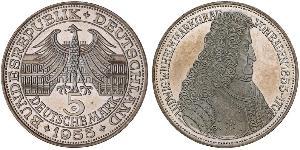 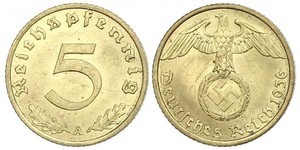