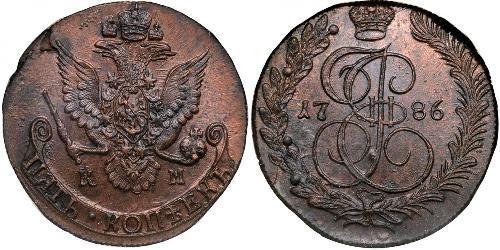 Crowned double-headed imperial eagle facing, denomination on scroll below, A | M across fields

During her reign Catherine extended the borders of the Russian Empire southward and westward to absorb New Russia, Crimea, Right-Bank Ukraine, Belarus, Lithuania, and Courland at the expense of two powers- the Ottoman Empire and the Polish-Lithuanian Commonwealth. All told, she added some 200,000 miles² (518,000 km²) to Russian territory.

The choice of Sophia as wife of the prospective tsar- Peter of Holstein-Gottorp- resulted from some amount of diplomatic management in which Count Lestocq and Frederick II of Prussia took an active part. Lestocq and Frederick wanted to strengthen the friendship between Prussia and Russia in order to weaken the influence of Austria and ruin the chancellor Bestuzhev, on whom Tsarina Elizabeth relied, and who acted as a known partisan of Russo-Austrian co-operation.

The diplomatic intrigue failed, largely due to the intervention of Sophie’s mother, Johanna Elisabeth of Holstein-Gottorp, a clever and ambitious woman. Historical accounts portray Catherine’s mother as emotionally cold and physically abusive, as well as a social climber who loved gossip and court intrigues. Johanna’s hunger for fame centered on her daughter’s prospects of becoming empress of Russia, but she infuriated Empress Elizabeth, who eventually banned her from the country for spying for King Frederick of Prussia (reigned 1740Ã¢â‚¬â€œ1786). Nonetheless, Elizabeth took a strong liking to the daughter, and the marriage finally took place in 1745. The empress knew the family well because she had intended to marry Princess Johanna’s brother Charles Augustus (Karl August von Holstein), who had died of smallpox in 1727 before the wedding could take place.

The unlikely marriage proved unsuccessful- due to the Grand Duke Peter’s impotence and immaturity, he may not have consummated it for 12 years. While Peter took a mistress (Elizabeth Vorontsova), Catherine carried on liaisons with Sergei Saltykov, Charles Hanbury Williams and Stanislaw August Poniatowski. She became friends with Ekaterina Vorontsova-Dashkova, the sister of her husband’s mistress, who introduced her to several powerful political groups that opposed her husband. Catherine read widely and kept up-to-date on current events in Russia and in the rest of Europe. She corresponded with many of the prominent minds of her era, including Voltaire and Diderot. 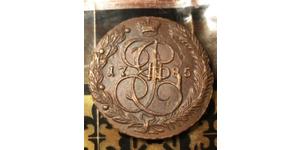 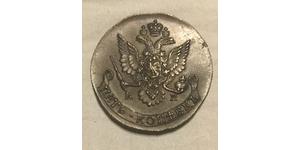 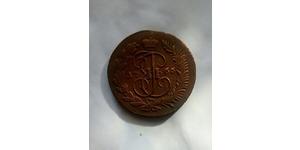 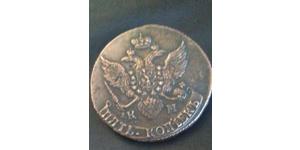 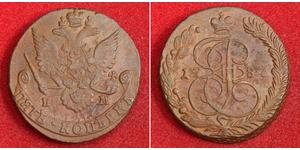 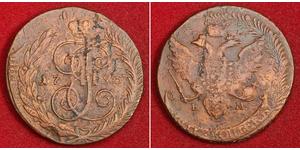 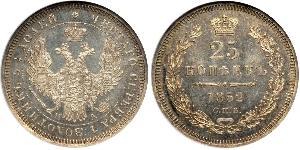