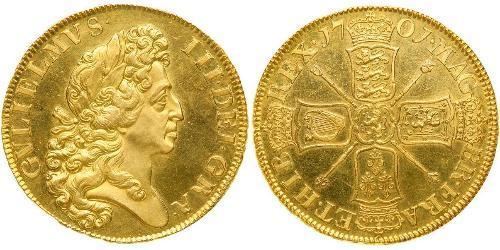 Catalog reference:
Fr-310 (1) KM-508 (1)
Great Britain. Five Guineas, 1701. S-3456; Fr-310 (175); KM-508. 41.69 grams. William III, 1694-1702. Second Bust type (‘fine work’). Laureate head of William right. Reverse: Crowned cruciform arms, with angled scepters and lion escutcheon at center, and divided date. Bold strike for a coin of this weight, with prooflike fields surrounding a cameo portrait. Remarkable preservation, exceptionally choice with dramatic eye appeal. There are 63s and there are 63s. We would like to see another 63 of this date equal to this wonderful specimen. NGC graded MS-63 Prooflike. The English Guinea was so-named because the earliest specimens, struck by Charles II, were derived from gold mined and imported from Guinea (now Ghana), in Africa. The gold was acquired and brought in by the “Company of Royal Adventurers of England Trading in Africa.” Its charter granted the company the privilege of having its badge appear on coins struck from the metal they imported. Thus a number of Charles' issues have the added device of an elephant in profile below his bust. Weighing in at nearly an ounce and a half of 22 karat gold, the coin was the heaviest English gold piece ever to circulate. In 1677, William, prince of the House of Orange, of the Netherlands, wed Mary, the Protestant daughter of the Catholic James, Duke of York (who would later rule as James II). Upon the birth of a son to James, Protestant opposition invited William to England and James was deposed in the brief and bloodless “Glorious Revolution.” In 1689 William and Mary were now the sovereigns of England. However, Queen Mary’s death in 1694 left the couple without heirs and so the English Parliament, fearing a Catholic claimant to the throne, passed in 1701 the Acts of Settlement to provide that if William III and Princess Anne (later Queen Anne) should die without heirs, the succession to the throne should pass to Sophia, Electress of Hanover and granddaughter of James I, or to her heirs, only if they were Protestants. Queen Mary’s sister, Anne, ascended to England’s throne after the death of William. Although Queen Anne (1702-1714) gave birth to seventeen children, none of them lived long enough to survive her. Thus the succession strictures went into effect and the House of Hanover for the next century became one with England and English history.
type to read more
3 coins in the group 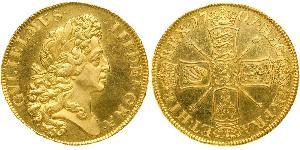 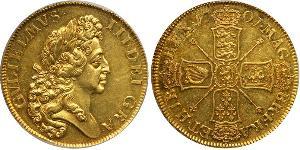 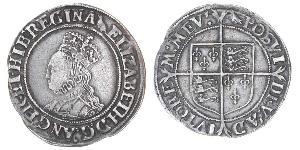 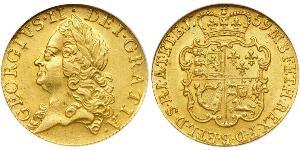 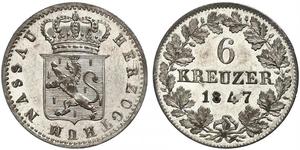 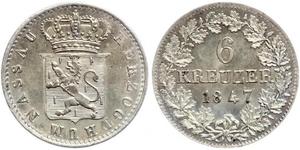 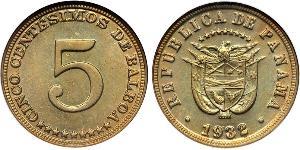 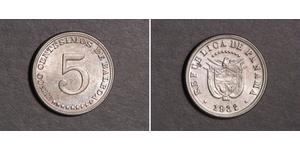