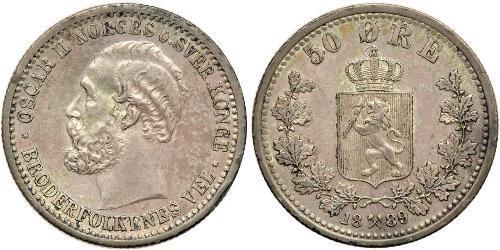 Reverse: Crowned shield of Norway within oak-wreath. Date (1877) split by mint makr of Kongsberg (crossed hammers) below.
Legend: 2 KRONER 18 (crossed hammers) 77
Oscar II (21 January 1829 Ã¢â‚¬â€œ 8 December 1907), born Oscar Frederik was King of Norway from 1872 until 1905 and King of Sweden from 1872 until his death. The third son of King Oscar I of Sweden and Josephine of Leuchtenberg, he was a descendant of Gustav I of Sweden through his mother.
Himself a distinguished writer and musical amateur, King Oscar proved a generous friend of learning, and did much to encourage the development of education throughout his dominions. In 1858 a collection of his lyrical and narrative poems, Memorials of the Swedish Fleet, published anonymously, obtained the second prize of the Swedish Academy. His “Contributions to the Military History of Sweden in the Years 1711, 1712, 1713,” originally appeared in the Annals of the Academy, and were printed separately in 1865. His works, which included his speeches, translations of Herder’s Cid and Goethe’s Torquato Tasso, and a play, Castle Cronberg, were collected in two volumes in 1875Ã¢â‚¬â€œ1876, and a larger edition, in three volumes, appeared in 1885Ã¢â‚¬â€œ1888. His Easter hymn and some other of his poems are familiar throughout the Scandinavian countries. His Memoirs of Charles XII of Sweden were translated into English in 1879. In 1881 he founded the World’s first open-air museum at his summer residence near Christiania, now Oslo. In 1885 he published his Address to the Academy of Music, and a translation of one of his essays on music appeared in Literature in May 1900. He had a valuable collection of printed and MS. music, which was readily accessible to the historical student of music.
Also being a theater lover, Oscar II told Henrik Ibsen that his Ghosts was “not a good play”. As he was dying, he requested that the theatres not be closed on account of his death. His wishes were respected.
King Oscar II was an enthusiast of Arctic exploration. Along with Swedish millionaire Oscar Dickson and Russian magnate Aleksandr Mikhaylovich Sibiryakov, he was the patron of a number of pioneering Arctic expeditions in the 1800s. Among the ventures the king sponsored, the most important are Adolf Erik NordenskiÃƒÂ¶ld’s explorations to the Russian Arctic and Greenland, as well as Fridtjof Nansen’s Polar journey on the Fram. 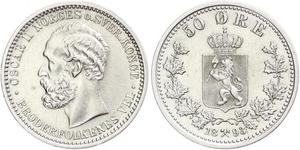 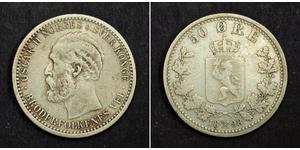 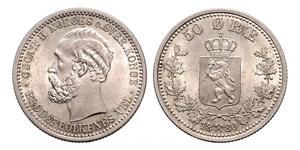 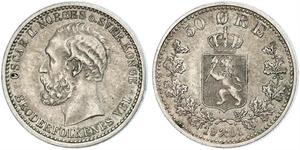 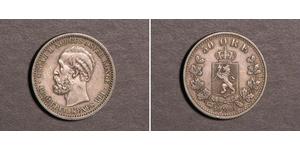 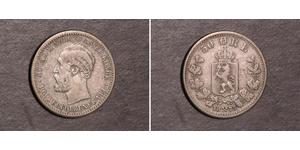 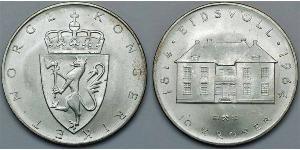 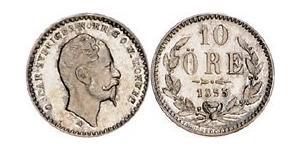 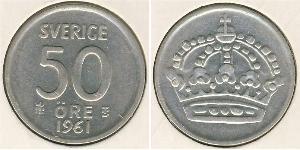 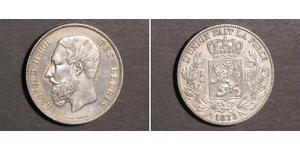 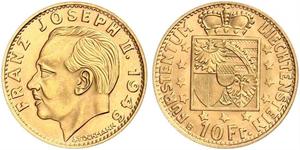 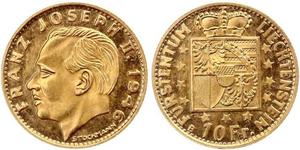