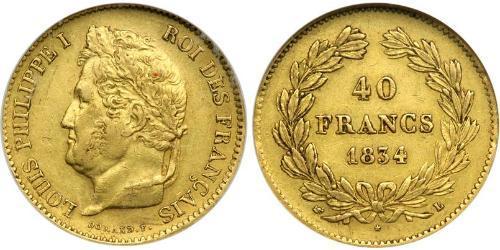 Louis Philippe d’Orléans was born at the Palais Royal in Paris to Louis Philippe Joseph, Duke of Chartres (later Duke of Orléans and, later still, known as Philippe Egalité) and Louise Marie Adélaïde de Bourbon-Penthièvre. As a member of the reigning House of Bourbon, he was a Prince du Sang. He was the first of three sons and a daughter of the Orléans family, a family that was to have erratic fortunes for the next court years.

In 1830, the July Revolution overthrew Charles X. Charles abdicated in favor of his 10-year-old grandson, Henri, Duke of Bordeaux. Louis Philippe was charged by Charles X to announce to the popularly elected Chamber of Deputies his desire to have his grandson succeed him. Louis Philippe did not do this, in order to increase his own chances of succession. As a consequence, because the chamber was aware of Louis Philippe’s Liberal policies and his popularity with the masses, they proclaimed Louis Philippe, who for 11 days had been acting as the regent for his small cousin, as the new French king, displacing the senior branch of the House of Bourbon.

In anger over this betrayal, Charles X and his family, including his grandson, left for Great Britain. The grandson, better known as the Henri, Comte de Chambord, later became the pretender to Louis Philippe’s throne and was supported by many nobles known as Legitimists.

Louis Phillippe ruled in an unpretentious fashion, avoiding the pomp and lavish spending of his predecessors. Despite this outward appearance of simplicity, his support came from the wealthy middle classes. At first, he was much loved and called the “Citizen King” and the “bourgeois monarch,” but his popularity suffered as his government was perceived as increasingly conservative and monarchical, despite his return of Napoleon’s remains to France. Under his management the conditions of the working classes deteriorated, and the income gap widened considerably. An economic crisis in 1847 led to the citizens of France revolting against their king again the following year.

On 24 February 1848, during the February 1848 Revolution, to general surprise, King Louis Philippe abdicated in favor of his nine-year-old grandson, Philippe. Fearful of what had happened to Louis XVI, Louis Philippe quickly disguised himself and fled Paris. Riding in an ordinary cab under the name of “Mr. Smith”, he escaped to England. According to The Times of 6 March 1848, the King and Queen were received at Newhaven, East Sussex before travelling by train to London. 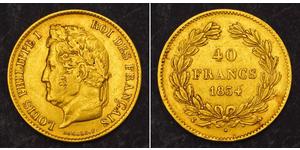 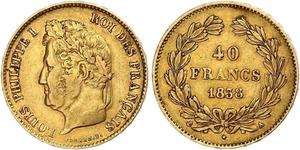 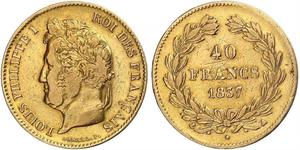 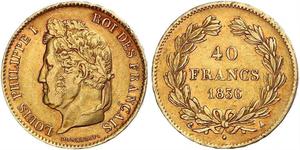 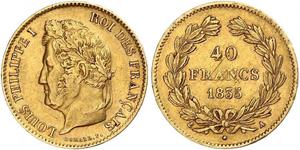 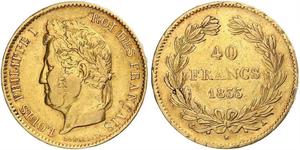 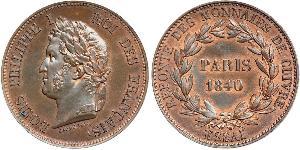 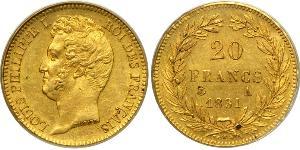 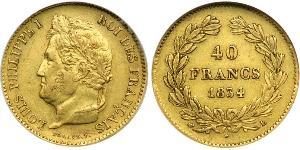 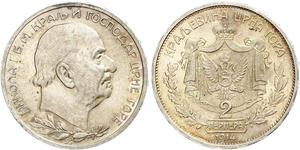 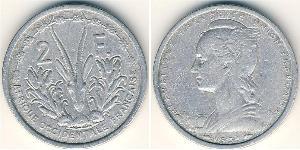 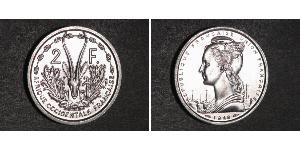 FRENCH WEST AFRICA 1948 2 Francs Unc
You may be interested in ...
Market