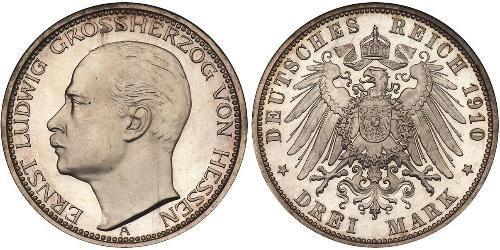 Ernest Louis’s early life was shrouded with death. When he was five, his younger brother Friedrich died. The two boys had been playing a game in their mother’s bedroom when the younger boy fell through an unlatched window onto the balcony twenty feet below. It was not a great distance, and at first, Friedrich seemed only shaken. However, he suffered from hemophilia, and had begun bleeding on the brain. He lapsed into unconsciousness that afternoon and died. Ernest Louis was inconsolable. “When I die, you must die too, and all the others. Why can't we all die together? I don't want to die alone, like Frittie,” he told his nurse. To his mother he said, “I dreamt that I was dead and was gone up to Heaven, and there I asked God to let me have Frittie again and he came to me and took my hand.” The younger child’s grave became a place of regular pilgrimage for the family, causing Ernest Louis to become obsessed with thoughts of death and dying alone.

In 1878, an epidemic of diphtheria swept through Darmstadt. All of the children (except Princess Elisabeth, who was sent to stay with their paternal grandmother Princess Elizabeth of Prussia) and their father fell ill. Princess Alice cared for her sick husband and children, but on 16 November, the youngest of them, Princess May, died. Alice kept the news from her family for several weeks, until Ernest Louis, who was devoted to little May, asked for his sister. Ernest Louis was overcome with grief when his mother revealed May’s death. In an effort to comfort her grieving son, Alice kissed him, and within a week, she fell ill and soon died, on December 14. Her death affected Ernest Louis for the rest of his life.

Even after his death, however, his childhood wish to not die alone echoed into the next generation. Shortly after his father’s death, Prince Louis was to marry the Hon. Margaret Campbell-Geddes, daughter of Lord Geddes, in England. His older brother, the Hereditary Grand Duke George Donatus, and the rest of the family planned to take a plane from Hesse to England. However, the plane never reached its destination. George Donatus, along with his wife, Princess Cecilie of Greece and Denmark, their two young sons, Louis and Alexander, his mother Grand Duchess Eleonore, the children’s nurse and a family friend died in an accident when their plane crashed near Ostend on their way to his brother’s marriage. Cecilie was pregnant with her fourth child at the time of the crash and the stillborn infant was found among the remains. Their youngest child, Johanna, who was not on the plane, was adopted by her uncle Louis, who was to remain childless. The little girl survived her parents and brothers by eighteen months, dying in 1939 of meningitis.

In 1892 Ernest Louis succeeded his father as Grand Duke.

Throughout his life, Ernest Louis was a patron of the arts, founding the Darmstadt Artists' Colony, and was himself an author of poems, plays, essays, and piano compositions. Ernest Louis served in the German military during World War I. At the end of the war he lost his throne during the revolution of 1918, despite his refusal to abdicate.

In October 1937, Ernest Louis died at Schloß Wolfsgarten, near Darmstadt in Hesse. He received what amounted to a state funeral on 16 November 1937 and was buried next to his daughter, Elisabeth, in a new open air burial ground next to the New Mausoleum he had built in the Rosenhöhe park in Darmstadt.

Ernest Louis had commissioned the New Mausoleum in 1903. It was consecrated on 3 November 1910, in the presence of the Grand Duke and his immediate family, that is to say, his wife Eleonore, Tsar Nicholas II and the Tsarina Alexandra Feodorovna of Russia, Grand Duchess Elisabeth Feodorovna (Ella), Victoria Princess Louis of Battenberg and her daughter, Louise, and Prince and Princess Heinrich of Prussia. The remains of Grand Duke Ludwig IV, Princess Alice, Grand Duchess of Hesse and by Rhine and their children ‘Frittie’ and ‘May’ were re-interred in the New Mausoleum. 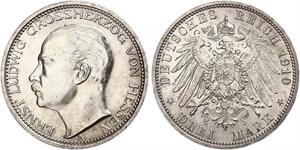 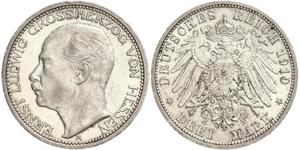 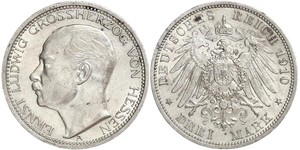 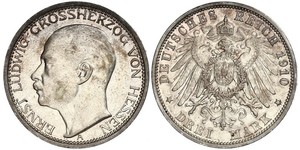 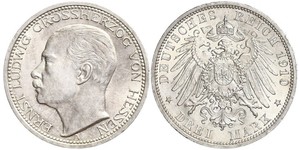 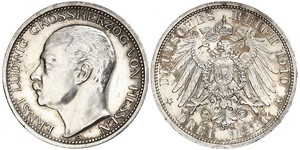 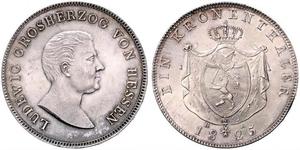 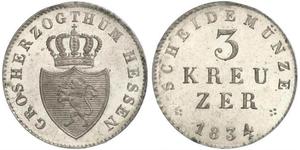 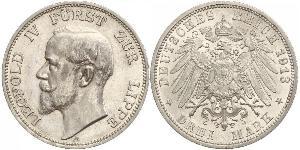 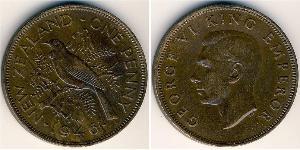 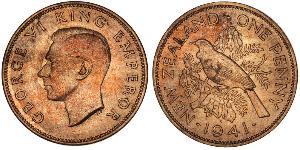 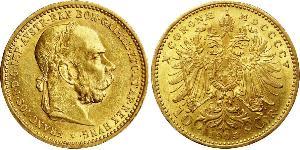 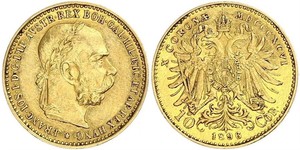