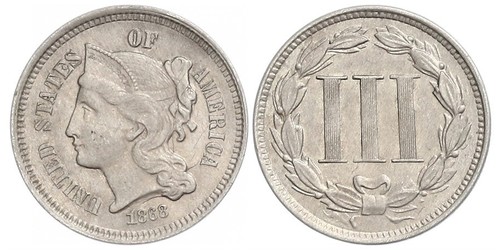 With precious metal federal coinage hoarded during the economic turmoil of the American Civil War, including the silver three-cent piece, and even the copper-nickel cent commanding a premium, Congress issued paper money in denominations as small as three cents to replace the hoarded coins in commerce. These small slips of paper became ragged and dirty, and the public came to hate “shinplasters”. After the issue of a lighter bronze cent, and also a two-cent piece, in 1864, both of which circulated freely, there were proposals for a three-cent piece in copper-nickel to replace the three-cent note. The advocates were led by Pennsylvania industrialist Joseph Wharton, who then controlled the domestic supply of nickel ore. On the last day of the congressional session, March 3, 1865, a bill for a three-cent piece in copper-nickel alloy was introduced in Congress, passed both houses without debate, and was signed by President Abraham Lincoln.

Although initially popular, the three-cent nickel piece became less so when the five-cent nickel was introduced in 1866, a larger, more convenient coin, with a value of five cents better fitting the decimal system. After 1870, most years saw low annual mintages for the three-cent nickel, and in 1890 Congress abolished it. The last were struck in 1889; many were melted down to coin more five-cent pieces. The issue is not widely collected, and prices for rare dates remain low by the standards of American collectible coinage. 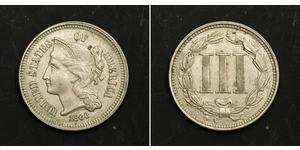 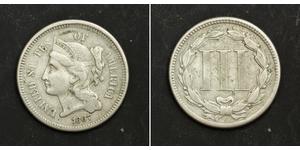 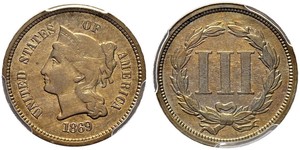 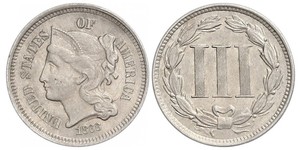 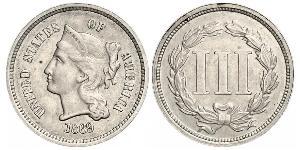 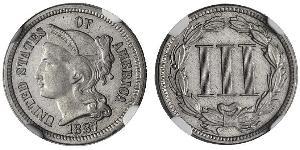 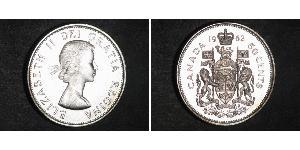