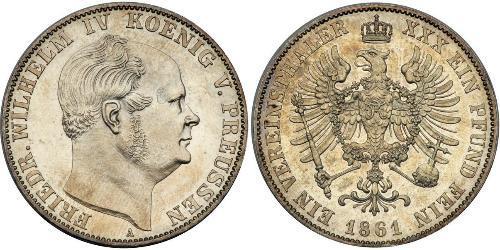 King Frederick William IV of Prussia (German: Friedrich Wilhelm IV von Preu&szlig;en) (15 October 1795 – 2 January 1861), the eldest son and successor of Frederick William III of Prussia, reigned as King of Prussia from 1840 to 1861. He was in personal union the sovereign prince of the Principality of Neuch&acirc;tel (1840 – 1857).

Upon his accession, he toned down the reactionary policies enacted by his father, easing press censorship and promising to enact a constitution at some point, but he refused to enact a popular legislative assembly, preferring to work with the aristocracy through &quot;united committees&quot; of the provincial estates. Despite being a devout Lutheran[citation needed], his Romantic leanings led him to settle the Cologne church conflict by releasing the imprisoned Archbishop of Cologne, and he patronized further construction of Cologne Cathedral. In 1844, he attended the celebrations marking the completion of the cathedral, becoming the first king of Prussia to enter a Roman Catholic building. When he finally called a national assembly in 1847, it was not a representative body, but rather a United Diet comprising all the provincial estates, which had the right to grant taxes and loans but no right to meet at regular intervals.

When revolution broke out in Prussia in March 1848, part of the larger Revolutions of 1848, the king initially moved to repress it with the army, but later decided to recall the troops and place himself at the head of the movement on 19 March. He committed himself to German unification, formed a liberal government, convened a national assembly, and ordered that a Constitution of the Kingdom of Prussia be drawn up. Once his position was more secure again, however, he quickly had the army reoccupy Berlin and dissolved the assembly in December. He did, however, remain dedicated to unification for a time, leading the Frankfurt Parliament to offer him the crown of Germany on 3 April 1849, which he refused, purportedly saying that he would not accept &quot;a crown from the gutter&quot;. He did attempt to establish the Erfurt Union, a union of German states excluding Austria, soon after, but abandoned the idea by the Punctation of Olm&uuml;tz on 29 November 1850, in the face of Austrian resistance. 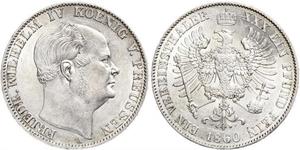 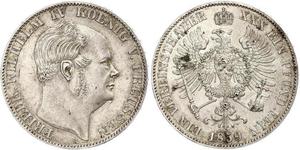 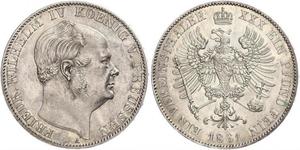 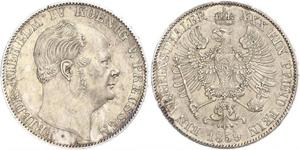 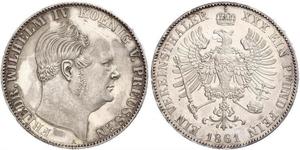 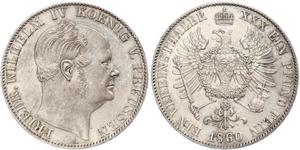