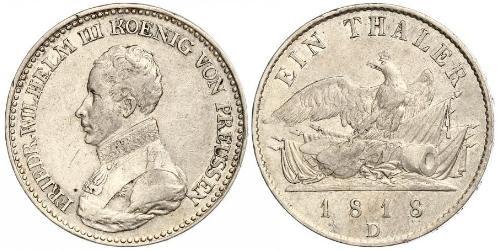 He succeeded the throne on 16 November 1797 and at once gave earnest of his good intentions by cutting down the expenses of the royal establishment, dismissing his father’s ministers, and reforming the most oppressive abuses of the late reign. Unfortunately, however, he had all the Hohenzollern tenacity of personal power without the Hohenzollern genius for using it. Too distrustful to delegate his responsibility to his ministers, he was too infirm of will to strike out and follow a consistent course for himself. At first he and his advisors attempted to pursue a policy of neutrality in the Napoleonic Wars. Although they succeeded in keeping out of the Third Coalition in 1805, eventually Frederick William was swayed by the belligerent attitude of the queen, who led Prussia’s pro-war party, and entered into war in October 1806. On October 14, 1806, at the Battle of Jena-Auerstädt, the French defeated the Prussian army led by Frederick William, and the Prussian army collapsed. The royal family fled to Memel, East Prussia, where they fell on the mercy of Emperor Alexander I of Russia (who, rumour has it, had fallen in love with Queen Louise).

In 1813, following Napoleon’s defeat in Russia, Frederick William turned against France and signed an alliance with Russia at Kalitsch, although he had to flee Berlin, still under French occupation. Prussian troops played a key part in the victories of the allies in 1813 and 1814, and the King himself travelled with the main army of Prince Schwarzenberg, along with Alexander of Russia and Francis of Austria. 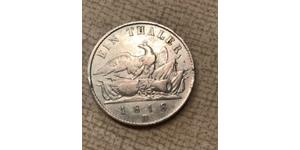 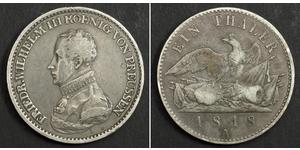 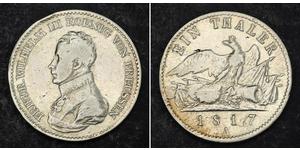 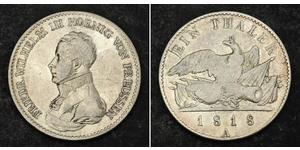 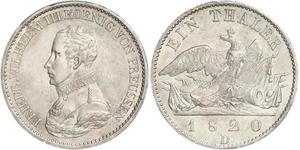