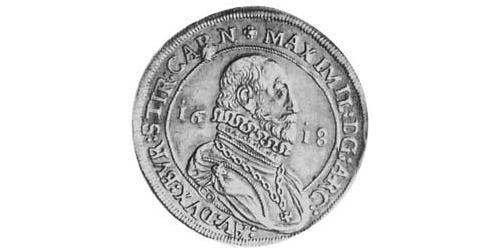 The Teutonic Order was founded in 1190 during the siege of Acre, when a hospital brotherhood was established to care for the many sick German crusaders. It was given a building after the conquest of the city, and in 1198 was turned into a military-monastic order on the model of the Hospitallers of Saint John and the Templars. This creation reflected the growing involvement of the Hohenstaufen dynasty in the Holy Land.

From the start, the order started a policy of conquering land and building up independent territory: in the Holy Land, in Hungary in 1211-25, and later in Prussia, after it absorbed the Sword-Brethren in Livonia. It was in Prussia that the order fought with the Polish dukes of Masovia and Silesia to subjugate the pagan Prussians and fight against Novgorod. After the fall of Acre in 1291 the Grand Master went to Venice, and, following the conquest of Pomerelia in 1309, to Marienburg in Prussia. Thus the Order, by now exclusively nobiliary, came to form an independent political entity. In 1243, Pope Innocent IV had placed the Order’s possessions in the Pope’s domain, but in practice the Order was completely independent. Its fortunes began to fade in 1410 with the defeat inflicted at Tannenberg by Poland-Lithuania, and a revolt in its territories in 1454-66 further diminished it and it became a vassal of Poland.

The Reformation brought many changes to the Order. In 1525, the Hochmeister Albrecht of Brandenburg-Anspach secularized the Order’s Prussian holdings into the duchy of Prussia, resigned from the order, became Lutheran, and gav ehomage for the duchy to the king of Poland on April 10, 1525. In Livonia, the Ordenmeister Livlands Gotthard von Ketteler did the same in 1561 and turned the remnants of the order’s estates (most of which had been divided between Sweden and Poland) into the duchy of Kurland. In the German Empire, the Deutschmeister became Grand Master in 1530 and the seat of the Order transferred from Marienburg to Mergentheim; the order survived in Germany, adapting to local politics. The protection of the Habsburg dynasty (which reformed the order in 1606) proved a mixed blessing: the order survived, but it never regained any independence, and its efforts were redirected in the Habsburgs' wars against the Turks. With the treaty of Westphalia in 1648 Catholic, Lutheran and Calvinist knights received equal rights within an order headed since the late 16th century by a Habsburg Grand Master. Some bailliwicks like Elsass, Burgund, Koblenz, Österreich, Bozen remained Catholic, others like Thüringen, Sachsen were Protestant, and Hessen was tripartite (Catholic, Lutheran, Calvinist). In 1637 the (Protestant) Dutch knights broke away and formed the Ridderlijke Duitsche Orde, Ballij van Utrecht, which still exists. In 1809 the order was expelled from most German states, and survived only in Austria. Reduced to four knights in 1839, it was reorganized by the Austrian emperor as a Catholic charitable institution.

From 1585 onwards, he was the Grand Master of the Teutonic Order (de: Grossmeister des Deutscher Ordens).

Archduke Maximilian was a grandson of Anna of Bohemia and Hungary, daughter and heiress of Ladislaus II of Bohemia and Hungary, who himself was the eldest son of Casimir IV of Poland. He descended from the ancient Piast kings of Poland, and from Jogaila and his forefathers, Grand Dukes of Lithuania. The late Sigismund I the Old, himself a younger son, was Maximilian’s great-great-uncle, and Maximilian descended from Sigismund’s eldest brother.

In 1587 Maximilian was a candidate for the monarch of Polish-Lithuanian Commonwealth, following the death of the previous Polish king, Stefan Batory. The election was disputed by another candidate, Sigismund III Vasa , prince of Sweden, grandson of Sigismund I the Old. When Maximilian attempted to resolve the dispute by bringing a military force and starting the war of the Polish Succession (1587-1588), wherein he was defeated at the Battle of Byczyna by the supporters of Sigismund III, the newly proclaimed king, under the command of Polish hetman Jan Zamojski. He was taken captive and released only after intervention by Pope Sixtus V. In 1589, he waived his right to the Polish crown. The inactivity of his brother Emperor Rudolf II, Holy Roman Emperor in this matter contributed to Rudolf’s bad reputation.

From 1593 to 1595 Maximilian was regent for his young cousin, Ferdinand, Archduke of Inner Austria. Subsequently in 1595 he succeeded their uncle Ferdinand II, Archduke of Further Austria in his territories, including Tirol, where he proved to be a consequent proponent of the Counter-Reformation. He also worked to depose Melchior Khlesl, and to ensure that Archduke Ferdinand of Inner Austria, his former young charge, would succeed as Holy Roman Emperor.

Maximilian’s best known legacy is the baroque archducal hat, which is exhibited in the treasure chamber of the monastery of Klosterneuburg and was used for ceremonial purposes as late as 1835. 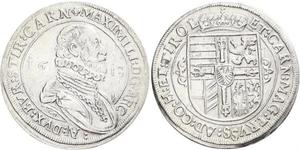 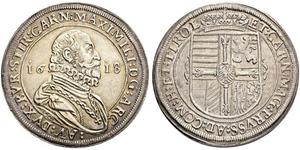 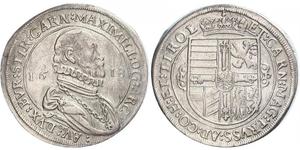 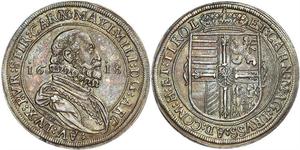 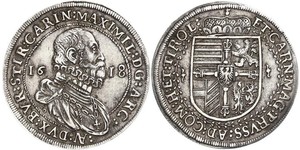 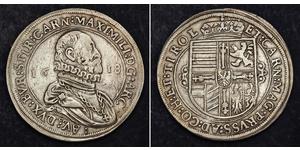 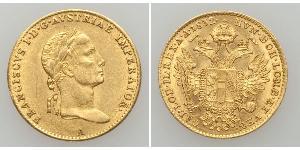