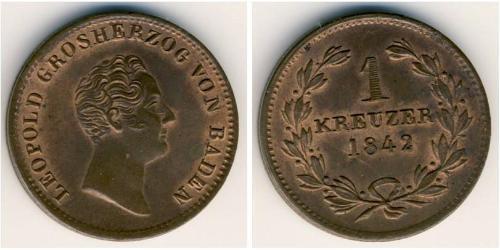 Although a younger child, Leopold was the first son of Margrave Karl Friederich of Baden by his second, morganatic wife Louise Karoline, Baroness Geyer of Geyersberg. Since Luise Karoline was not of equal birth with the Margrave, the marriage was deemed morganatic and the resulting children were incapable of inheriting their father’s princely status or the sovereign rights of the Zähringen House of Baden. Luise Karoline and her children were given the titles of baron and baroness and later count or countess of Hochberg.

Since there were plenty of descendants from Charles Frederick’s first marriage to Karoline Louise of Hesse-Darmstadt,&nbsp; &nbsp;no one expected the Hochberg children of his second wife to be anything&nbsp; &nbsp;except a family of counts with blood ties to the grand ducal family but&nbsp; &nbsp;no dynastic rights. With no prospects of advancement in Baden, Leopold of Hochberg followed a career as an officer in the French army.

Starting in 1817, events resulted in a dramatic change in the&nbsp; &nbsp;situation of the Hochberg children when it became apparent that the&nbsp; &nbsp;Baden male line descended from Karl Friederich’s first wife would die&nbsp; &nbsp;out. One by one, the males of the House of Baden died without leaving&nbsp; &nbsp;male descendants. By 1817, there were only two males left, the reigning Grand Duke Charles I and his childless uncle Louis I. Both of Charles’s sons died in infancy. The dynasty faced a serious succession problem.

A series of agreements provided that Baden would be inherited by the Wittelsbach kings of Bavaria at the extinction of the Zähringen male line in Baden. King Maximilian I Joseph of Bavaria was married to Grand Duke Charles’s eldest sister, Katharina Karoline. The female most closely related to the last male often inherited in such circumstances (sometimes called Semi-Salic succession). As a result, Maximilian had a strong claim to Baden under&nbsp; &nbsp;the normal rules of inheritance and various agreements added weight to&nbsp; &nbsp;his claims. Following the Congress of Vienna, a treaty of 16 April 1816 between Bavaria and Austria secured the Wittelsbach rights to Baden.

To save his dynasty from extinction, Grand Duke Charles needed to&nbsp; &nbsp;find a way to preserve the Zähringen line. Granting succession rights to&nbsp; &nbsp;his half-uncles seemed the ideal solution. Accordingly, in 1817 Karl&nbsp; &nbsp;issued a new succession law under which the children of the Hochberg&nbsp; &nbsp;marriage became princes and princesses of Baden with full dynastic&nbsp; &nbsp;rights. Leopold of Hochberg became His Grand Ducal Highness, Prince&nbsp; &nbsp;Leopold of Baden and second-in-line to the throne after his remaining&nbsp; &nbsp;half-brother, Louis.

When Grand Duke Louis died on 30 March 1830, he was the last male of&nbsp; &nbsp;the House of Baden not descended from the morganatic marriage of Charles&nbsp; &nbsp;Frederick and Louise Karoline Geyer of Geyersberg. The former&nbsp; &nbsp;morganatic child Leopold of Hochberg, recently raised to princely rank,&nbsp; &nbsp;now succeeded as the fourth Grand Duke of Baden.

Leopold was interested in the liberal ideas of his time, granted&nbsp; &nbsp;concessions to his subjects in 1848, and in the spring of 1849 declined&nbsp; &nbsp;to oppose the movement (see Revolutions of 1848 in the German states)&nbsp; &nbsp;which finally broke down all barriers and forced him to flee from the&nbsp; &nbsp;country on the night of 13 May. In August, he was reinstated by the&nbsp; &nbsp;troops of Prussia and the German Confederation.&nbsp; &nbsp;He acted with the greatest forbearance after regaining his power.&nbsp; &nbsp;During the last years of his reign, he admitted his son Frederick, who&nbsp; &nbsp;later succeeded him, to a share in the government. 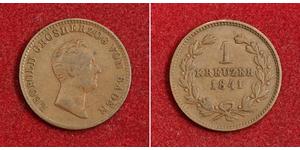 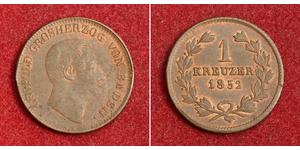 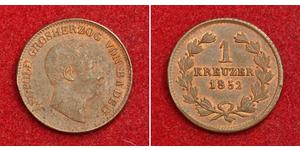 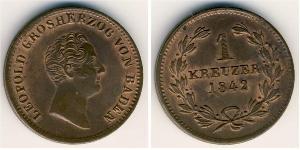 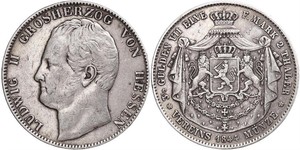 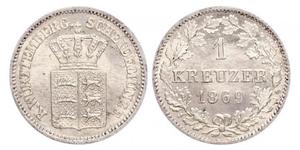 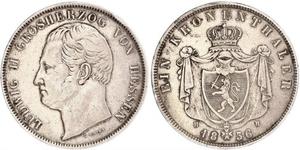 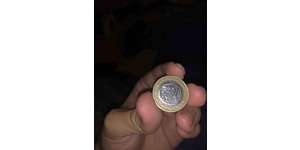