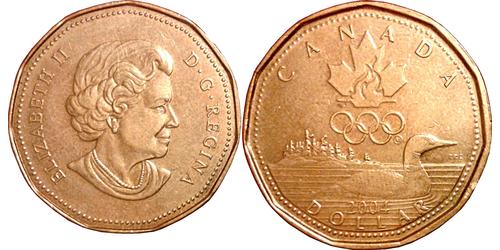 2004,
KM-513, Schön-541 Country Canada Year 2004 Value 1 Dollar Metal Aureate-bronze plated Nickel Weight 7&nbsp;g Diameter 26.5&nbsp;mm
Commemorative issue Summer Olympic Games Obverse The portrait in right profile of Elizabeth II, when she was 77 years old, is surrounded with the inscription “ELIZABETH II D • G • REGINA” (Elizabeth II, Queen by the grace of God) Lettering: ELIZABETH II D·G·REGINA Engraver: Susanna Blunt Susanna Blunt is a Canadian portrait artist who designed the most recent portrait of Queen Elizabeth II on the current Canadian coinage, which began in 2003. She was born in Harbin, China, the daughter of an English banker. Blunt started her studies at the Banff School of Fine Arts as a young teenager. Reverse A Canadian loon, swimming on a lake, is accompanied by the Canadian Olympic logo and surrounded with the inscription “CANADA” and the facial value Lettering: CANADA 2004 RRC DOLLAR Engraver: Robert-Ralph Carmichael Robert-Ralph Carmichael (1937 – July 16, 2016) was a Canadian artist who designed the image of the common loon on the reverse side of the Canadian one-dollar coin. 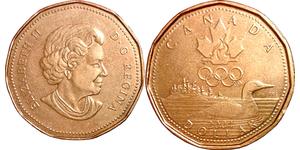 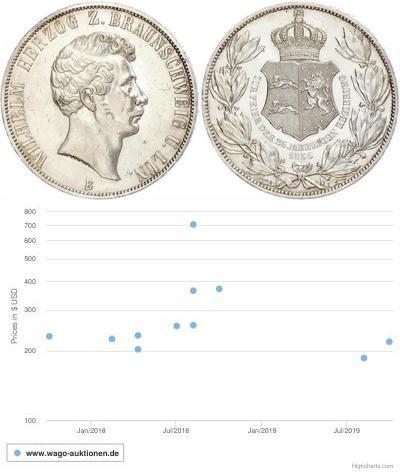