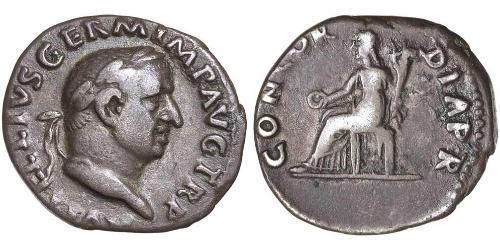 VITELLIUS. 69 AD. AR Denarius (18mm, 2.78 gm). Rome mint. A VITELLIVS GERM IMP AVG TR P, laureate head right / CONCORDIA PR. Concordia seated left, holding patera and cornucopiae. RIC I 90; BMCRE 20; RSC 18. Good VF. Vitellius (24 September 15 – 22 December 69) was Roman Emperor for eight months, from 16 April to 22 December 69. Vitellius was proclaimed emperor following the quick succession of the previous emperors Galba and Otho, in a year of civil war known as the Year of the Four Emperors. Vitellius was the first to add the honorific cognomen Germanicus to his name instead of Caesar upon his accession; the latter name had fallen into disrepute in many quarters because of the actions of Nero. His claim to the throne was soon challenged by legions stationed in the eastern provinces, who proclaimed their commander Vespasian emperor instead. War ensued, leading to a crushing defeat for Vitellius at the Second Battle of Bedriacum in northern Italy. Once he realized his support was wavering, Vitellius prepared to abdicate in favor of Vespasian but was executed in Rome by Vespasian’s soldiers on 22 December 69. 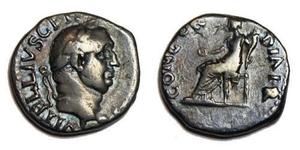 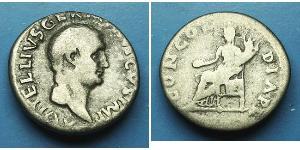 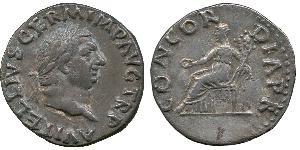 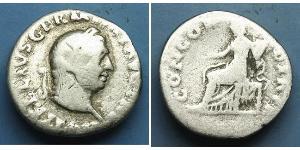 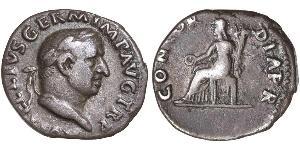 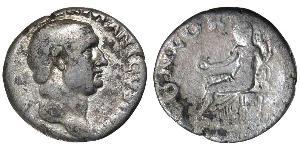 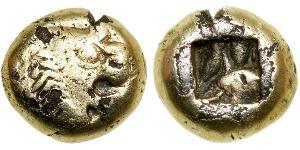 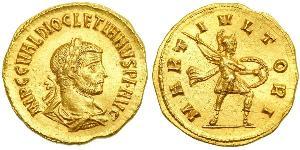 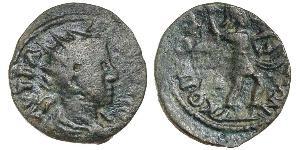 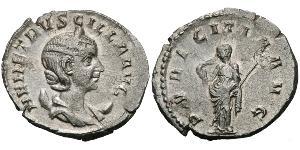 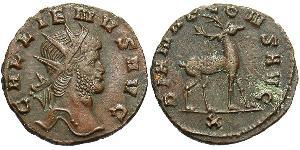 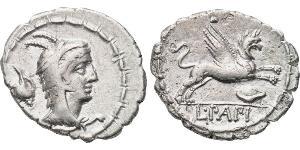 https://lemkecoins.ecwid.com Visit my site please. We will help you find the coins you are interested in. Cheaper than on eBay with free shipping. Recommend us to your friends and numismatists of your country Thank you very much
view
2020-07-05 - Historical Coin Prices
10 Mark German Democratic Republic (1949-1990)