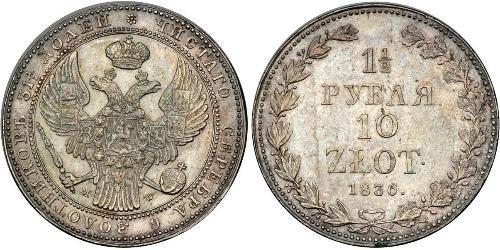 
Congress Poland, officially and formally Kingdom of Poland (Polish: Królestwo Polskie, Russian: Tsarstvo Polskoye Russian) and informally known as Russian Poland was a constitutional personal union of the Russian Empire created in 1815 by the Congress of Vienna, replaced by the Central Powers in 1915 with the Kingdom of Poland. Though officially Congress Poland was to begin its statehood with considerable official political autonomy, the Tsars generally disregarded any restrictions on their power and severely curtailed autonomous powers following uprisings in 1830-31 and 1863 turning it first into a puppet state of the Russian Empire and later dividing it into provinces. Thus from the start the Polish autonomy remained nothing more than fiction.


Nicholas I was born in Gatchina to Emperor Paul I and Empress Maria Feodorovna. He was a younger brother to Alexander I of Russia and Grand Duke Constantine Pavlovich of Russia.


In foreign policy, Nicholas I acted as the protector of ruling legitimism and guardian against revolution. His offers to suppress revolution on the European continent, trying to follow the trends of his eldest brother, Tsar Alexander I, earned him the label of gendarme of Europe. In 1825 Nicholas I was crowned and began to limit the liberties of constitutional monarchy in Congress Poland. In return, after the November Uprising broke out, in 1831 the Polish parliament deposed Nicholas as king of Poland in response to his repeated curtailment of its constitutional rights. The Tsar reacted by sending Russian troops into Poland. Nicholas crushed the rebellion, abrogated the Polish constitution, and reduced Poland to the status of a Russian province and embarked on a policy of repression towards Catholics.


In 1848, when a series of revolutions convulsed Europe, Nicholas was in the forefront of reaction. In 1849 he intervened on behalf of the Habsburgs, uprising in Hungary, and he also urged Prussia not to accept a liberal constitution.


While Nicholas was attempting to maintain the status quo in Europe, he adopted an aggressive policy toward the Ottoman Empire. Nicholas I was following the traditional Russian policy of resolving the so-called Eastern Question by seeking to partition the Ottoman Empire and establish a protectorate over the Orthodox population of the Balkans, still largely under Ottoman control in the 1820s.


Russia fought a successful war with the Ottomans in 1828 and 1829. In 1833 Russia negotiated the Treaty of Unkiar-Skelessi with the Ottoman Empire. The major European parties mistakenly believed that the treaty contained a secret clause granting Russia the right to send warships through the Bosporus and Dardanelles straits. By the London Straits Convention of 1841, they affirmed Ottoman control over the straits and forbade any power, including Russia, to send warships through the straits. Based on his role in suppressing the revolutions of 1848 and his mistaken belief that he had British diplomatic support, Nicholas moved against the Ottomans, who declared war on Russia in 1853.


Fearing the results of an Ottoman defeat by Russia, in 1854 Britain, France, the Kingdom of Sardinia and also then Duchy of Savoy , (which would be absorbed into Italy in 1861), and the Ottoman Empire on the other joined forces in the conflict known what became known as the Crimean War on the Ottoman side and in Western Europe, but known in Russia as the Eastern War, (Vostochnaya Vojna) (March 1854–February 1856).


Austria offered the Ottomans diplomatic support, and Prussia remained neutral, leaving thus Russia without possible allies on the continent. The European allies landed in Crimea and laid siege to the well-fortified Russian base at Sevastopol. After a year’s siege the base fell, exposing Russia’s inability to defend a major fortification on its own soil.


Nicholas I died before the fall of Sevastopol, but he already had recognized the failure of his regime. Russia now faced the choice of initiating major reforms or losing its status as a major European power.


The French seizure of Malakhov Tower heavily protected military complexes at Sevastopol in the Crimea, concluded the siege of this important, even today, naval base.


It is said, but careful metallographic researches do not avail this always, that its guns were melted down to make the Victoria Cross, instituted by Queen Victoria in January 1856. 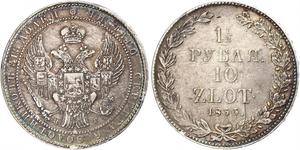 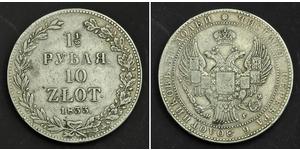 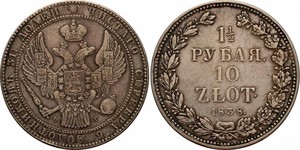 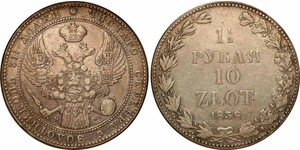 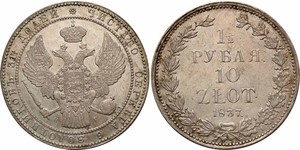 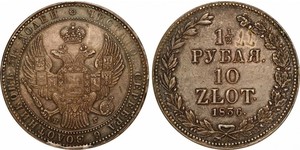 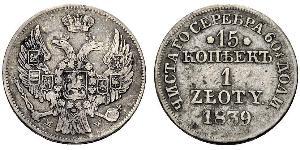 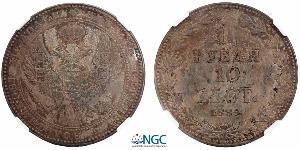 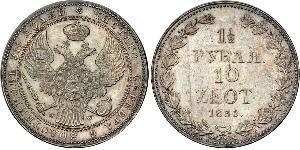 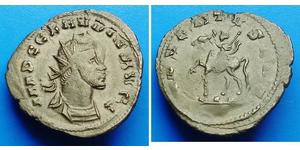