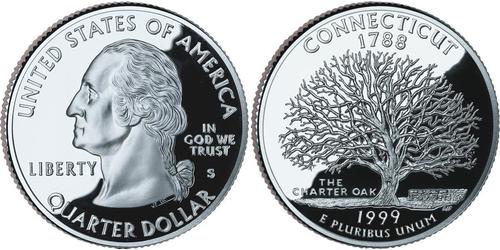 1999,
Schön-297, KM-297 Country United States Year 1999 Value Quarter Dollar = 25 Cents (0.25&nbsp;USD) Metal Copper-nickel clad Copper Weight 5.67 g Diameter 24.26 mm
Commemorative issue United States Mint’s 50 State Quarters® Program Obverse The portrait in left profile of George Washington, the first President of the United States from 1789 to 1797, is accompanied with the motto “IN GOD WE TRUST” and the lettering “LIBERTY” and it is surrounded with the facial value and the inscription “UNITED STATES OF AMERICA” Lettering: UNITED STATES OF AMERICA LIBERTY P IN GOD WE TRUST QUARTER DOLLAR Engraver: John Flanagan John Flanagan (1865–1952)was a sculptor who was known for his designs for coins and medals. Reverse The Charter Oak (felled by storm in 1856) is accompanied with the legend “THE CHARTER OAK” and surrounded with the state’s name (“CONNECTICUT”), the date of its admission into Union (“1788”), and the motto “E PLURIBUS UNUM” Lettering: CONNECTICUT 1788 THE CHARTER OAK 1999 E PLURIBUS UNUM TJV Engraver: T. J. Ferrell 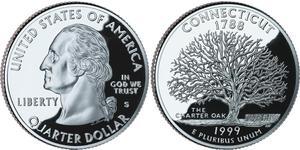 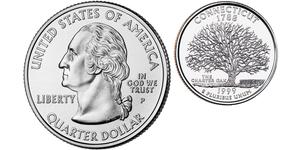 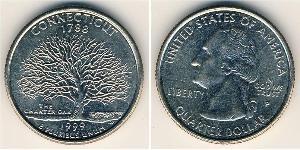 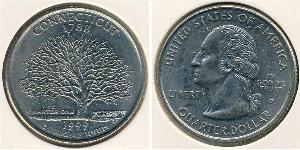 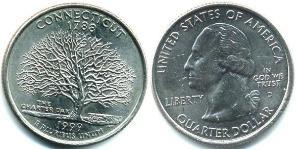 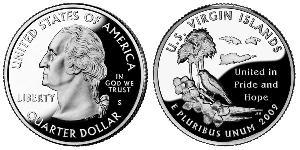 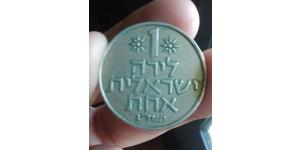 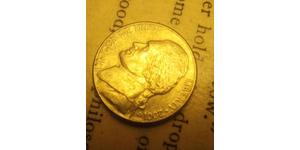