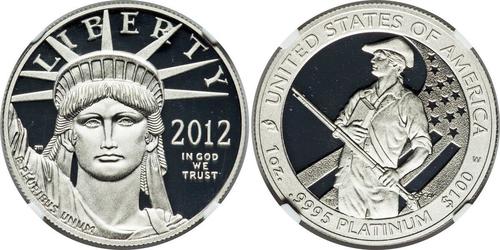 2012,
KM-541 Country United States Year 2012 Value 100 Dollars (100&nbsp;USD) Metal Platinum (.9995) Weight 31.105&nbsp;g Diameter 32.7&nbsp;mm
Commemorative issue For the Common Defence Obverse Statue of Liberty Lettering: LIBERTY 2012 JM IN GOD WE TRUST E PLURIBUS UNUM Engraver: John M. Mercanti John M. Mercanti is an American sculptor and engraver. He was the twelfth Chief Engraver of the United States Mint until his retirement in late 2010. Reverse “A depiction of a diligent minuteman from the Revolutionary War era. He stands in protection and defense of the country during its early days holding a rifle and book. This is intended to symbolize the importance of knowledge in protecting the country. An American Eagle privy mark appears within the border of the design.” Lettering: UNITED STATES OF AMERICA W 1oz. .9995 PLATINUM $100 Engraver: Barbara Fox 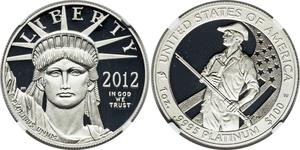 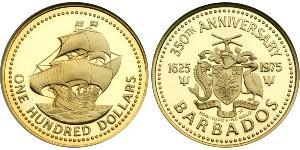 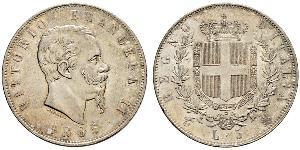 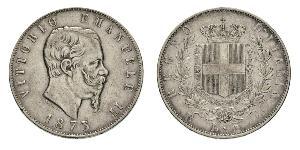 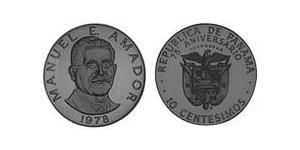