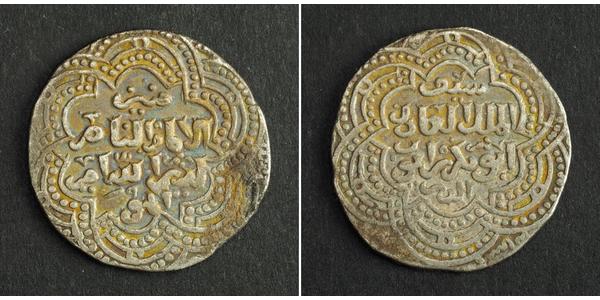 The Ayyubid dynasty (Arabic: الأيوبيون‎‎ al-Ayyūbīyūn; Kurdish: خانەدانی ئەیووبیان‎ Xanedana Eyûbiyan) was a Sunni Muslim dynasty of Kurdish origin, founded by Saladin and centered in Egypt. The dynasty ruled large parts of the Middle East during the 12th and 13th centuries. Saladin had risen to vizier of Fatimid Egypt in 1169, before abolishing the Fatimids in 1171. Three years later, he   was proclaimed sultan following the death of his former master, the Zengid ruler Nur al-Din. For the next decade, the Ayyubids launched conquests throughout the region and by 1183, it encompassed Egypt, Syria and Upper Mesopotamia, including much of the Kurdish region, the Hejaz, Yemen, and the North African coast up to the borders of modern-day Tunisia. Most of the Crusader states including the Kingdom of Jerusalem fell to Saladin after his victory at the Battle of Hattin in 1187. However, the Crusaders regained control of Palestine's coastline in the 1190s.

After the death of Saladin in 1193, his sons contested control of the sultanate, but Saladin's brother al-Adil became the paramount Ayyubid sultan in 1200, and all of the later   Ayyubid sultans of Egypt were his descendants. In the 1230s, the emirs   of Syria attempted to assert their independence from Egypt and the   Ayyubid realm remained divided until Sultan as-Salih Ayyub restored its unity by conquering most of Syria, except Aleppo,   by 1247. By then, local Muslim dynasties had driven out the Ayyubids   from Yemen, the Hejaz, and parts of Mesopotamia. After his death in   1249, as-Salih Ayyub was succeeded in Egypt by al-Mu'azzam Turanshah. However, the latter was soon overthrown by the Mamluk generals who had repelled a Crusader invasion of the Nile Delta. This effectively ended Ayyubid power in Egypt; attempts by the emirs of Syria, led by an-Nasir Yusuf of Aleppo, to wrest back Egypt failed. In 1260, the Mongols sacked Aleppo and conquered the Ayyubids' remaining territories soon after. The   Mamluks, who expelled the Mongols, maintained the Ayyubid principality   of Hama until deposing its last ruler in 1341.

During their relatively short tenure, the Ayyubids ushered in an era   of economic prosperity in the lands they ruled, and the facilities and   patronage provided by the Ayyubids led to a resurgence in intellectual   activity in the Islamic world. This period was also marked by an Ayyubid process of vigorously strengthening Sunni Muslim dominance in the region by constructing numerous madrasas (Islamic schools of law) in their major cities.