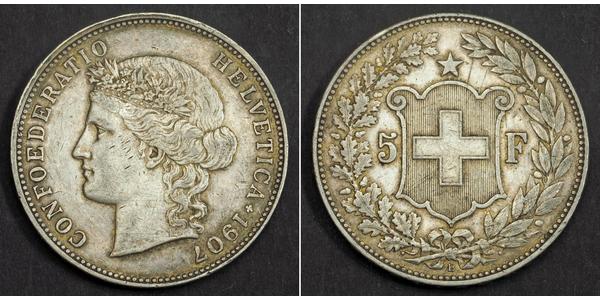 Reverse: Star above swiss shield separating denomination (5-FR). Mint initial (B) below. All within wreath.