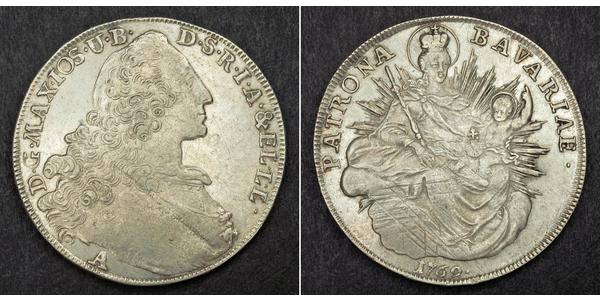 Upon his father's death in 1745, he inherited a country in the process of being invaded by Austrian armies (see War of the Austrian Succession), and quickly abandoned his father's imperial pretenses and made peace with Maria Theresa in the Treaty of Füssen, in which he agreed to support her husband, Grand Duke Francis Stephen of Tuscany, in the upcoming imperial election.

MaximilianJoseph was a progressive and enlightened ruler who did much to improve the development of his country. In 1747 the porcelain factory at Nymphenburg was established. Munich's first academic institution, the Bavarian Academy of Sciences, was founded in 1759 by Maximilian III. During the severe dearth in 1770 Maximilian sold crown jewels to pay corn shipments. In this year he also issued his edict against the extravagant pomposity of the Church which contributed to the end of the era of Bavarian rococo. He also forbade the Oberammergau Passion Play. In 1771 the elector regulated the general school attendance.

In December of 1777 Maximilian Joseph died of small pox without leaving an heir. As the last of the junior branch of the Wittelsbach dynasty which derived from Louis IV, Holy Roman Emperor and had ruled Bavaria since early 14th century, his death led to a succession dispute and the brief War of the Bavarian Succession. Maximilian's consort Maria Anna Sophia of Saxony negotiated with Prussia to secure Bavaria's independence against Austria. Ultimately, he was succeeded by his distant cousin, the Elector Palatine Karl IV from the senior branch of the dynasty.