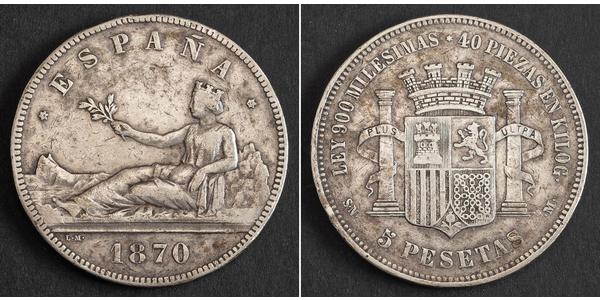 An 1866 rebellion led by General Juan Prim and a revolt of the sergeants at San Gil barracks, in Madrid,   sent a signal to Spanish liberals and republicans that there was   serious unrest that could be harnessed if it were properly led. Liberals   and republican exiles abroad made agreements at Ostend in 1866 and Brussels in 1867. These agreements laid the framework for a major uprising, this   time not merely to replace the Prime Minister with a Liberal,[further explanation needed] but to overthrow Queen Isabella, who Spanish liberals and republicans began to see as the source of Spain's difficulties.

Her continual vacillation between liberal and conservative quarters   had, by 1868, outraged the moderates, the progressives, and the members   of the Unión Liberal. An opposition to her government had developed that crossed party lines. Leopoldo O'Donnell's death in 1867 caused the Unión Liberal to unravel; many of its supporters, who had crossed party lines to   create the party initially, joined the growing movement to overthrow   Isabella in favor of a more effective regime.

When the generals Prim and Francisco Serrano denounced the government, much of the army defected to the   revolutionary generals on their arrival in Spain. The queen made a brief   show of force at the Battle of Alcolea, where her loyal moderado generals under Manuel Pavia were defeated by General Serrano.

The revolutionary spirit that had just overthrown the Spanish   government lacked direction; the coalition of liberals, moderates, and   republicans were faced with the incredible task of creating a government   that would suit them better than had Isabella. Control of the   government passed to Francisco Serrano, an architect of the revolution   against Baldomero Espartero's dictatorship. The Cortes initially rejected the notion of a republic; Serrano was named regent   while a search was launched for a suitable monarch to lead the country.   In 1869, the Cortes wrote and promulgated a liberal constitution, the first such constitution in Spain since 1812.

The search for a suitable king proved to be problematic for the Cortes.   The republicans were mostly willing to accept a monarch if he was   capable and abided by a constitution. Prim, a perennial rebel against   the Isabelline governments, was named regent in 1869. The aged Espartero   was brought up as an option, still having considerable sway among the   progressives; even after he rejected the notion of being named king, he   received eight votes for his coronation in the final tally. Many   proposed Isabella's young son Alfonso (the future Alfonso XII of Spain), but others thought that he would be dominated by his mother and inherit her flaws. Ferdinand of Saxe-Coburg, the former regent of neighboring Portugal, was sometimes mentioned as a possibility. Politicians feared that a nomination offered to Prince Leopold of Hohenzollern-Sigmaringen would trigger a Franco-Prussian War.

In August 1870, they selected an Italian prince, Amadeo of Savoy. The younger son of Victor Emmanuel II of Italy,   Amadeo had less of the troublesome political baggage that a German or   French claimant would bring, and his liberal credentials were strong. He   was elected King as Amadeo I of Spain on November 3, 1870.

He landed in Cartagena on November 27, the same day that Juan Prim was assassinated while leaving the Cortes.   Amadeo swore upon the general's corpse that he would uphold Spain's   constitution. He lasted two years, after which the parties formed the first Spanish Republic.   That in turn lasted two years. No political force was willing to   restore Isabella; instead, in 1875 the Cortes proclaimed Isabella's son   as King Alfonso XII.