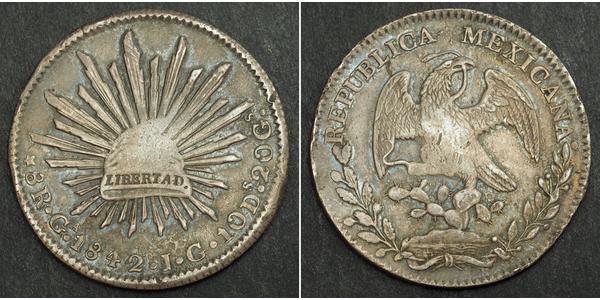 The United Mexican States was established on 4 October 1824, after the overthrow of the Mexican Empire of Agustin de Iturbide. In the new constitution, the republic took the name of United Mexican States, and was defined as a representative federal republic, with Catholicism as the official and unique religion.

This coup set the pattern for Mexican politics during the 19th Century. Many governments rose and fell during a period of instability caused by factors including 1) the control of the economic system by the large landowners, 2) the struggle over the status of Mexico's northern territories, which issued in a devastating defeat at the end of the Mexican American War; and 3) the gulf in wealth and power between the Spanish-descended elite and the mixed-race majority.

Also, while the form of Mexican government fluctuated considerably during these years, three men dominate 19th Century Mexican history: 1) Antonio López de Santa Anna (from independence until 1855); 2) Benito Juárez (during the 1850s and 1860s); and 3) Porfirio Diaz (during the final quarter of the century).