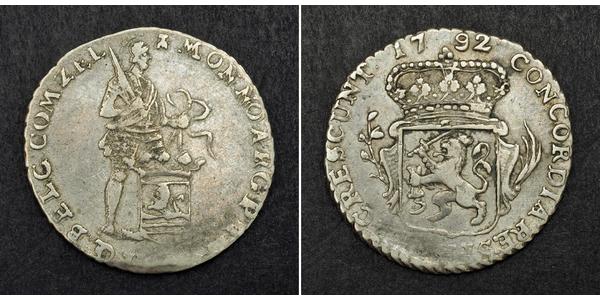 Zeeland was a contested area between the counts of Holland and Flanders until   1299, when the count of Holland gained control of the countship of   Zeeland. Since then, Zeeland followed the fate of Holland. In 1432 it   became part of the Low Countries possessions of Philip the Good of   Burgundy, the later Seventeen Provinces. Through marriage, the Seventeen   Provinces became property of the Habsburgs in 1477. In the Eighty   Years' War, Zeeland was on the side of the Union of Utrecht, and became   one of the United Provinces. The area now called Zeeuws-Vlaanderen was   not part of Zeeland, but a part of the countship of Flanders (still   under Habsburg) that was conquered by the United Provinces, hence called Staats-Vlaanderen (see: Generality Lands). After the French   occupation (see dÃ©partement Bouches-de-l'Escaut) and the formation of   the United Kingdom of the Netherlands in 1815, the present province   Zeeland was formed.