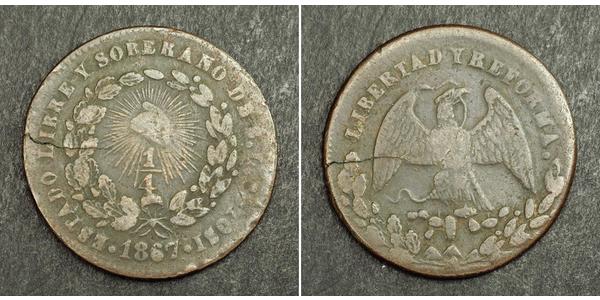 Reverse: Eagle with a snake in its beak, standing on a cactus plant, sea waves below.  All within wreath. Legend: LIBERTAD Y REFORMA .