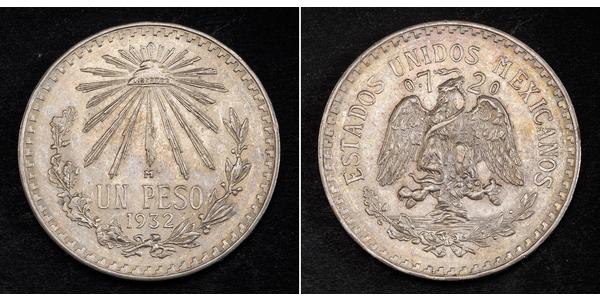 Obverse: Illuminated and inscribed cap of Liberty above min mark (Mo), value (UN PESO) and date (1932) with open "9" numeral. All within wreath.

Reverse: An eagle with a snake in its beak, standing on on cactus plant. Silver purity (0.720) split in fields above. Wreath below. Legend: ESTADOS UNIDOS MEXICANOS 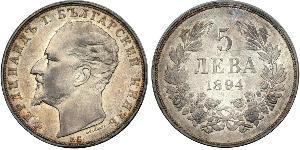 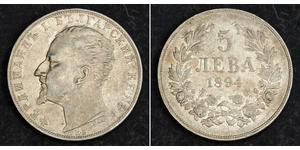 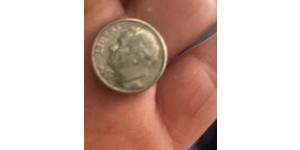